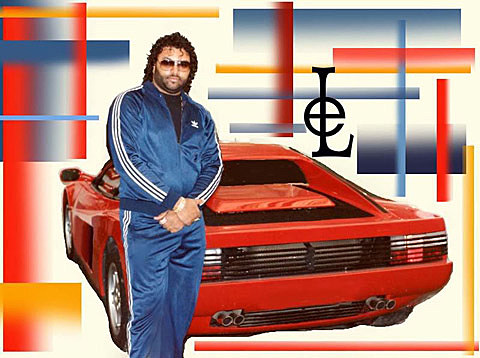 Greg Broussard, better known by his stage name Egyptian Lover, is an American musician, vocalist, producer and DJ, and was an important part of the L.A. dance music and rap scene in the early 1980s... The Egyptian Lover started out as a DJ in Los Angeles with Uncle Jam's Army DJing dances as large as the L.A. Sports Arena with 10,000 people. He began recording around Los Angeles in 1982 as a member of the Radio Crew, and also Uncle Jam's Army. In the early days of hip hop albums were rare, so most of The Egyptian Lover's successful recordings were 12" singles. He would eventually release some of the earliest rap LPs, which was especially unique for being west-coast based... -[Wiki]

Also on the bill is Big Freedia, who will be preparing for her upcoming tour.... with The Postal Service? Yes it's true, Big Freedia WILL be out with the band but unforunately won't be in the house for either of the Barclays Center shows.

All other tour dates are listed, along with a few Egyptian Lover streams, below.