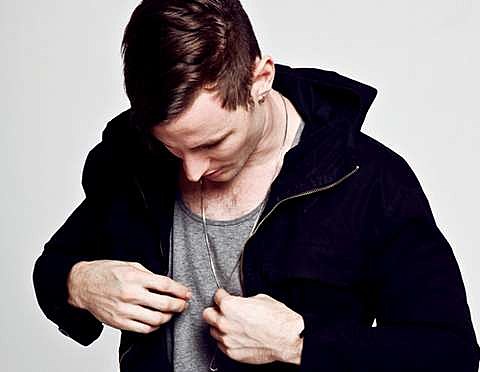 Toronto producer Egyptrixx (aka David Psutka) released his great debut LP, Bible Eyes, in 2011 on Night Slugs. The album was filled with clattering UK funky patterns and two tracks featured vocals from fellow Canadians Trust. You can watch videos for three tracks off that album, including one of the ones with Trust, "Chrysalis Records," below.

No sign of an Egyptrixx tour at the moment, but he's got a few shows scheduled this summer including one in NYC, which happens on August 4 at 285 Kent with Sinjin Hawke, Gobby, and N0ms. Tickets for that show are on sale now. All known dates are listed below.

David recently announced a new project with Ian McGettigan of Camouflage Nights (and formerly of '90s Halifax indie rock heroes Thrush Hermit) called Hiawatha, who will release their debut album, Language, on September 25 via Last Gang. The first single, "Caring Less and Less to See and Know You," which you can stream below, is a noisier affair than David's work in Egyptrixx and moves more like the post-punk spiked synth pop of Chromatics than the scattered beatwork of Egyptrixx.

That song stream, videos, and a list of all dates below...

Egyptrixx - Start from the Beginning from A. N. F. on Vimeo.

Hiawatha - "Caring Less and Less to See and Know You"