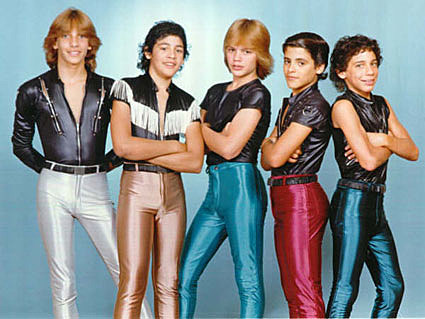 Eight Free Simultaneous Festivals in Landmark Parks Across the U.S. on April 20th 2008

(March 25, 2008 - New York, NY) -- The initial musical line-up has been announced for eight major Earth Day events by Earth Day Network and Green Apple Festival presented by Chase. Across the country on Sunday April 20th, an eclectic line-up of artists will perform in landmark parks in eight cities. The events will combine environmental addresses by prominent speakers, the presence of a wide variety of environmental organizations and educational displays on the theme of environmental awareness. The line-up ranges from blues legends to Latin powerhouse pop stars, reggae greats, jam band favorites, conscientious hip-hop artists, R&B icons, rock bands and singer/songwriters during "America's largest Earth Day celebration." A forthcoming announcement will reveal the "Green Apple Venues" - a list of participating venues and performers in each city who will employ environmentally-friendly practices throughout Earth Day Weekend.

The combined efforts of Earth Day Network (the nonprofit organization created by the founders of the original Earth Day in 1970) and Green Apple Festival has resulted in plans for a nationwide gathering that will get Americans out of their homes and under the trees to celebrate Earth Day 2008.

"We're thrilled to announce this line-up and expect to reveal more names in the days to come," says GreenApple Festival founder and Executive Producer, Peter Shapiro. "Artists from every genre have raised their hands to participate in America's largest Earth Day celebration, spread out across the country in public parks for everyone to attend. We owe endless thanks to the artists and their teams who care enough to underscore the urgency and message of this mission."

* Selected sites with eco-considerations such as the cities' public transportation infrastructures, pedestrian and/or bicycle accessibility, and presence of an organic atmosphere - i.e. parks rather than concrete stadiums.

*Volunteer activities in each city will extend the Festival's impact on the ground.

*With the help of Native Energy, a leader in the space of offsets, the Earth Day 2008 event on the National Mall and the entire Green Apple Festival will be made carbon neutral.

Already this year, Earth Day Network - with 19,000 partners in 175 countries - has registered over 1,000 community-based Earth Day events, taking place in Bejing, Tokyo, Caracas, Montreal, Paris, Budapest, Moscow. Mallorca and in many other cities across the globe.

Since 2006, when The Green Apple Festival began in New York City, the event has galvanized music fans, environmentalists, progressive consumers and families in a growing number of cities on Earth Day by providing "something for everyone" events with music performances, family entertainment and interactive exhibits at public locations. In 2007, capacity crowds attended Green Apple events in New York, Chicago and San Francisco, setting a one-day attendance record at the Lincoln Park Zoo in Chicago, IL, for example, with over 40,000 people present. Lending weight to the Festival's endeavors is their partnership with Earth Day Network - the non-profit organization founded by the creators of the first Earth Day in 1970.