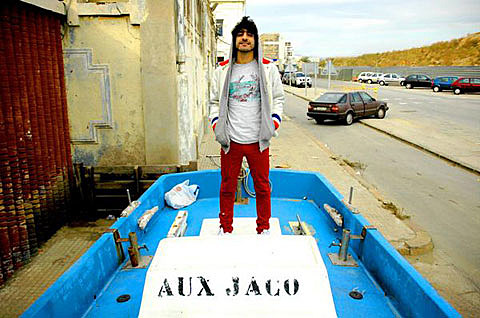 El Guincho is here, and will play Mercury Lounge TONIGHT (9/28, tickets) as part of what is now a FOUR night stand in NYC.

Left coasters need not be jealous of NYC's "quatro Guincho", as he'll shoot straight to the westside to do a three night stand in LA next week (10/6 at La Cita, 10/7 at Standard, and 10/8 at Spaceland) before capping it all off at the Elbo Room in San Francisco on 10/9.

Besides his freshly released LP Pop Negro via Younk Turks/XL, El Guincho also has a MOVIE on the way entitled Bombay, which is the same name as the first track on the new album which the film is accompaniment to. Download that track above, and dig on the very NSFW trailer for the film, as well as all tour dates below...