Mr. Muthafuckin' eXquire at Southpaw 2/9 (via) 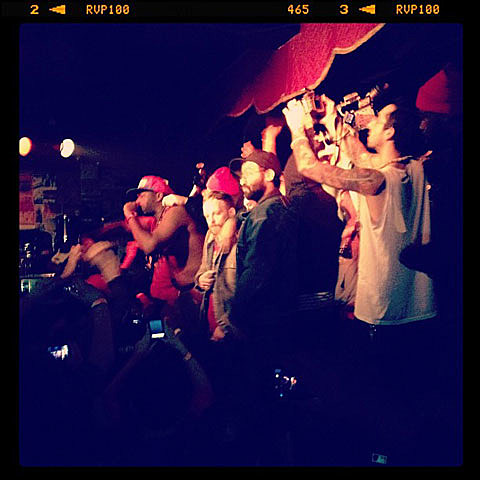 Action Bronson at Southpaw 2/9 (via) 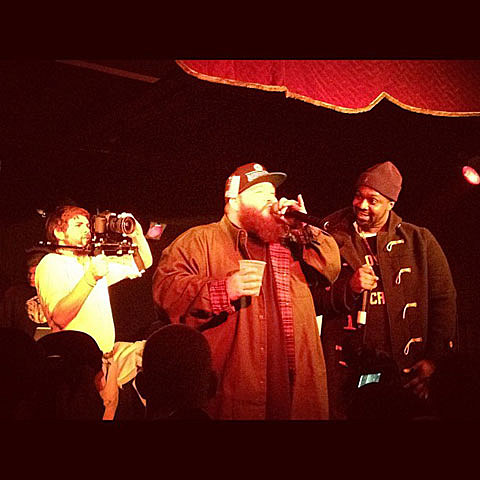 Mr. Muthafuckin' eXquire and Action Bronson shared a bill at Southpaw last night (2/9) with support from Soul Kahn and Kyle Rapps, and included special guest Illustrate. They were joined on stage by El-P, Despot, and Kool AD & Heems of Das Racist, who are all featured on eXquire's "Huzzah" remix (where was Danny Brown?!). Action Bronson has a show tonight in Austin, where he will return in March for SXSW.

Last night's show was one of the last at Southpaw, which is closing this month. Their website lists shows happening through February 19, including M.A.K.U. Soundsystem and I Jah Bones TONIGHT (2/10). Tickets for tonight' show are available. There's also a huge show presented by iHeart Dilla taking place on February 15, billed as "One Song: A Forever Fresh Farewell to Southpaw," with Nitty Scott, Illustrate (who was a guest at last night's show), Warren Britt, Jesse Abraham, Top $ Raz, MC Eleven, Tanya Morgan, and many others. The flier for this show with all the performers listed is below. 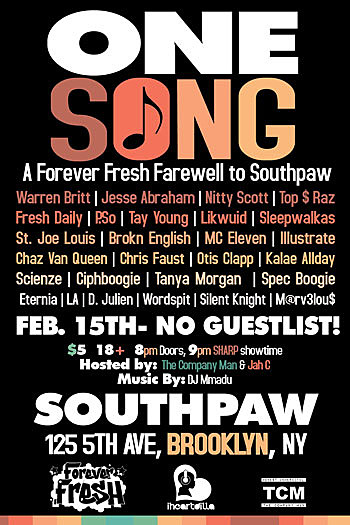