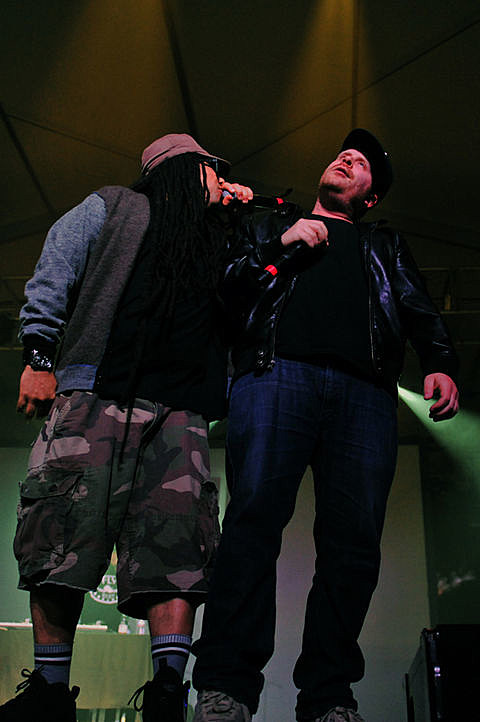 El-P's Cancer for Cure is inching towards release (due on May 22nd via Fat Possum) and though the record leaked yesterday, the Brooklyn MC is trying not to sweat it. At least Jaime Meline has some good news to report today, in that he will hit the road for a string of dates this summer, preceeded by an NYC show at Santos on May 21st, his record release party. Tickets are on sale, and the show will also feature appearances from Despot and, I am guessing, a few surprise guests. The other dates are listed below.

In related news, El-P and Killer Mike have teamed up for R.A.P. Music due on May 15 via Williams Street Records (Adult Swim's label). El-P handles the prduction on the release, as well as makes an appearance on the ninth track "Butane (Champion's Anthem)". Check out one of those tracks, "Big Beast" featuring Bun B, Trouble & T.I. below.

In other news, the new single "Tougher Colder Killer" from Cancer 4 Cure has been released and features Killer Mike and Despot. Check that out below, alongside streaming audio of two other El-P tracks "The Full Retard" and "Drones over Brooklyn", and all tour dates.