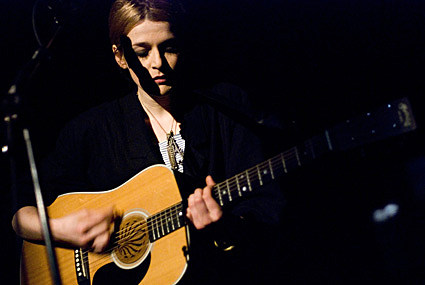 Sweden-based El Perro Del Mar, known informally as Sarah Assbring, is set to release her third full-length album Love Is Not Pop (The Control Group) on October 20, 2009. Following the album release, El Perro Del Mar will be supporting Peter Bjorn and John on their North American tour in November. Further details on those dates are to come.

The PB & J tour referenced above has not yet been announced. In the meantime the group is opening a series of shows on the North American leg of Depeche Mode's massive 2009 tour. That includes the DM's shows on August 3rd and 4th at MSG. Tickets to both (Aug 3 and Aug 4) are still on sale.

El Perro Del Mar has confirmed a pair of headlining shows for NYC and LA in November. One of those will be at Joe's Pub on November 9th. No ticket info yet. All dates below.

The first two singles off EPDM's new record (which came out in April in Sweden) are currently streaming on her Myspace. Two are also embedded in videos below.

Album art, tracklist, a note from Sarah about the record, two sample tracks and all tour dates below... 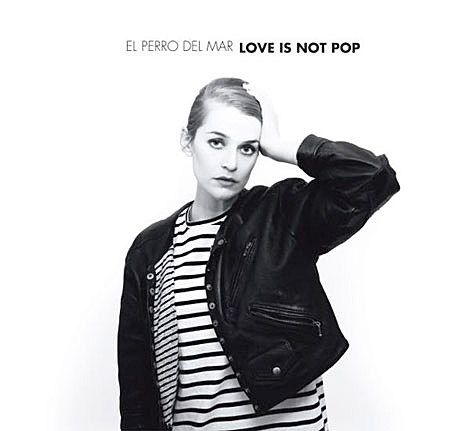 El Perro Del Mar on Love Is Not Pop

Shortly after having finished touring with my second album 'From the Valley to the Stars' I started writing new songs. For some reason all the songs were about love and in particular that of the doomed kind. Unconsciously I think I knew what I was trying to tell myself. I'd spent some bad times in New York and some good times in Paris and both these cities have made a great imprint on this album and my current outlook on love. I've decided to call it 'Love Is Not Pop' - the songs on the album are all pop songs and they are all about love. But naturally, it is not all as simple as that. As much as pop can be love and vice versa - I'd like to believe that love goes so much deeper than a pop song. The title is of course also a play with words as well as a play with my persona up until this point. This album is also very much a way for me to look further into ways of writing and expressing myself - it definitely is a conscious step away from what I did on my last album. The mindset is darker and the soundscape mysteriously groovy thus it is not by chance I've chosen to work together with Rasmus Hägg, the other half of the acclaimed Swedish duo Studio, as a co-producer. His input and source of inspiration has been no other than apure revelation to me. Working so closely together with someone has been a new experience for me and I feel excited about having come to the point where I've been wanting to let someone into the very much abstract and intimate process of song writing. I'm glad it was Rasmus I let in.