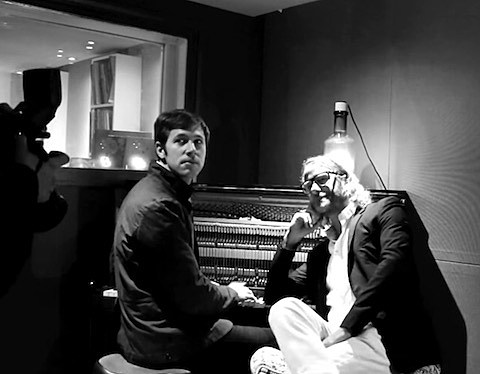 The promotional side of putting out a record is probably not the most fun part of being in a band (see Radiohead's Meeting People is Easy), but it can look like (kinda) fun if its shot and shown in time-lapse, sped up motion. This is the general premise for EL VY's video for "No Time To Crank The Sun" (from debut album Return to the Moon). You get to see Matt Berninger (The National) and Brent Knopf (Menomena) sit through interviews, photoshoots, live sessions, and the like. Matt's brother Tom directed it and you can watch it below.

EL VY were just in NYC for two shows as part of their just-finished North American tour, and head to UK/Europe in December.