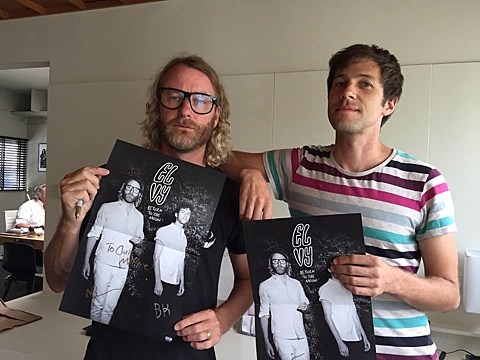 EL VY, the new band of The National frontman Matt Berninger and former Menomena / current Ramona Falls frontman Brent Knopf, have released a third song from their debut record. Following the art rocker "I'm The Man To Be" and the new wavey "Return to the Moon," "Paul Is Alive" has them coming a little closer to psych pop, with Matt's vocals as unmistakable as ever. Watch the lyric video, by Matt's brother Tom (who directed The National documentary Mistaken for Strangers), below.