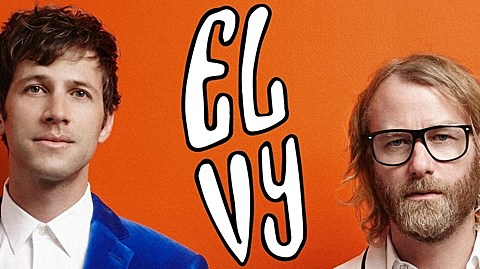 The National's Matt Berninger and ex-Menomena / Ramona Falls' Brent Knopf's new side project EL VY have already released three songs from their upcoming album Return to the Moon (due this Friday via 4AD) and now they released a fourth. It's called "Need A Friend" and you can watch the lyric video (directed by Matt's brother Tom) below.