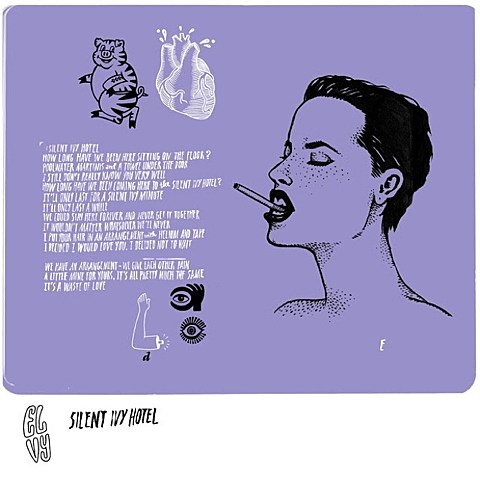 Matt Berninger (The National) and Brent Knopf's (Menomena, Ramona Falls) new side project EL VY are just one day from releasing their album Return to the Moon and they've revealed one more song from it, "Silent Ivy Hotel." Watch the Tom Berninger-directed lyric video below. That makes a total of five of the eleven songs available on Spotify, and you can listen to a playlist with all of them below too.

EL VY will be touring soon, including a run with Wye Oak that hits NYC on November 13 at Bowery Ballroom and November 14 at MHOW. The openers were recently revealed and they're both good: it's Memphis singer/songwriter Julien Baker on night 1 and French art pop singer Mina Tindle on night 2.