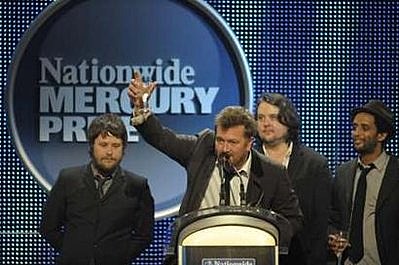 Elbow were tonight named the winners of the Nationwide Mercury Prize 2008 for their album The Seldom Seen Kid.

They won the revered prize ahead of a shortlist of 11 other acts at a ceremony at the Grosvenor House Hotel in central London and their victory sees them follow in the footsteps of acts such as last year's winner Klaxons.

The band had been nominated for their first album Asleep In The Back in 2001, but they lost out to PJ Harvey for Stories From The City, Stories From The Sea. The Seldom Seen Kid is the band's fourth album.