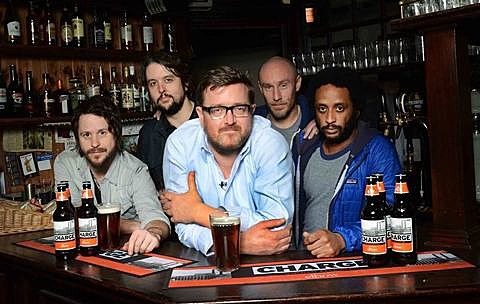 As mentioned, UK band Elbow's new album, The Take Off and Landing of Everything, is out March 11. If you haven't already, you can check out a couple tracks from it below. The band have just announced they'll be touring North America in May, and they'll play NYC's Webster Hall on May 16. Tickets for Webster Hall go on sale Friday (2/14) at noon with an AmEx presale beginning Wednesday (2/12) at noon. Even better: all dates are with John Grant and listed below.

Meanwhile, in conjunction with the new album, Elbow are also getting their own limited edition beer. It's a pale ale, called Charge and is a "blend of three malts deliver a luscious biscuit malt flavour, whilst a nod to American steam beers, sees the beer fermented at a higher temperature than the norm to release a fruitier aroma and sweeter finish." The band say it will be available worldwide, so pester the bartender at whatever pub you watch Premier League games at 8 AM on a Saturday morning to get it.

All Elbow dates are listed, along with videos and tour flyer, below... 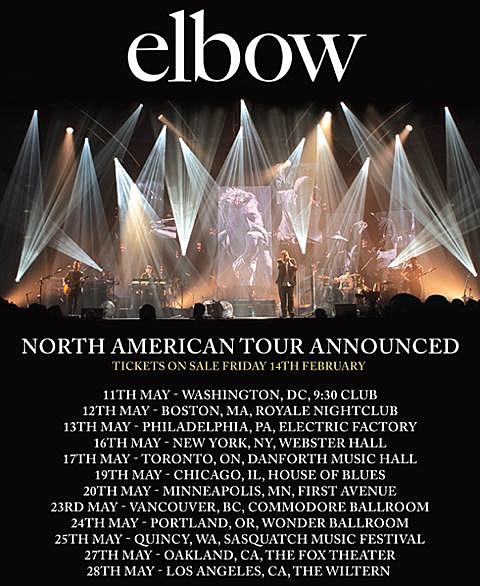