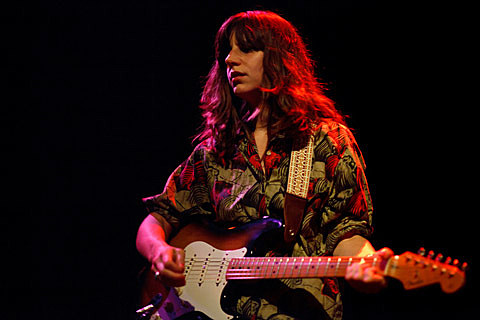 Eleanor Friedberger has been chilling on the West Coast, writing and recording her new album for Merge. She told the Santa Barbara Noozhawk a little about how its going:

It's exciting to do the traditional route, which I've never done. I have some songs and we're working on them together and fleshing them out, and arranging them. And then these guys are actually going to record the record with me, and then we'll tour on those songs. I know that's what most bands do, but I've never actually done it that way.

While there's no title or release date for the new album, you will likely get to hear new songs when Eleanor and her band play NYC's Rough Trade on May 3. Tickets go on AmEx presale today (4/8) at noon, with the public on-sale starting Friday (4/10) at noon.

That's the only scheduled show for Friedberger at the moment. You can stream 2013's Personal Record, below...