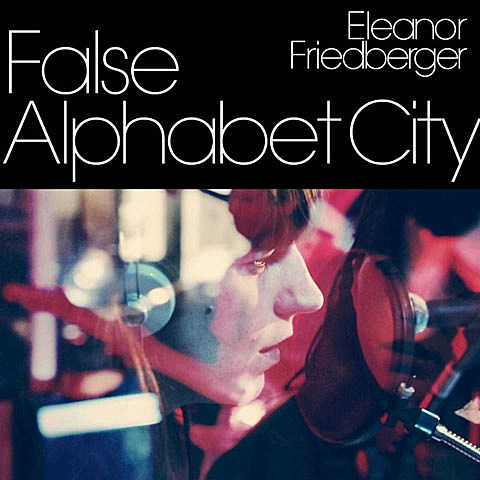 Eleanor Friedberger took time off from writing and recording her new album to appear in artist Sara Magenheimer's film False Alphabets, that was made through SoHo gallery Recess Art. In it she played the central role of a radio DJ. Eleanor took Magenheimer's script and used it as the basis for songs, the first of which -- "False Alphabet City" -- is out now and it's her first release for new label home, Frenchkiss. (She was on Merge before.) You can check it out via the video, made from footage in the film, below.

You can catch Eleanor in Brooklyn this weekend as she plays BAM Cafe Live on Saturday (10/10) at 7 PM which is free. Then she'll be playing some small shows next month on both coasts. After shows in LA and San Francisco, she'll come to NYC to play Pianos on November 9 and Union Pool on November 10 with Icewater (who are sometimes her backing band). No word on Pianos yet, but tickets Union Pool show are on sale now. All dates are listed below.