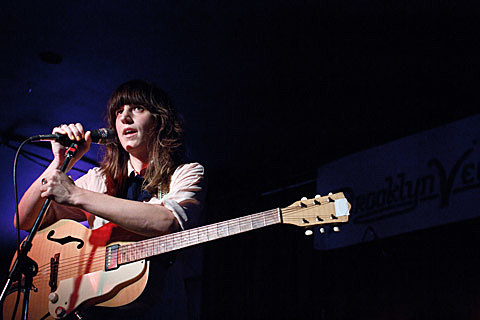 Eleanor Friedberger and Ex Cops will play a free show Pier 17 at the Seaport on July 13, the night before the 4Knots Festival. That brings the total up to four for Friday shows at the Seaport, the others being The Miracles Club on June 22; Veronica Falls with The People's Temple on June 29; and Patrick Watson with Loney Dear on July 6.

It looks like that's Eleanor's only upcoming show at the moment. Ex Cops, however, will play this week at the Northside Fest as part of Other Music Recording Co.'s showcase at Union Pool on Thursday, June 14 with Nude Beach, The Everymen and a mystery headliner. No advance tickets for that one.