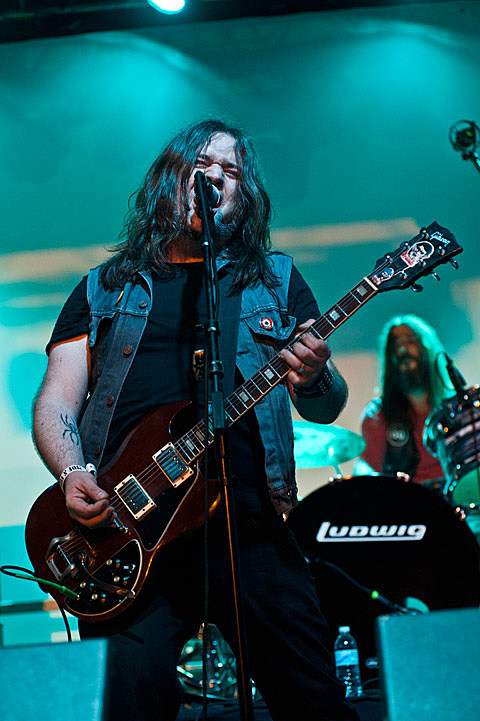 The last time Electric Wizard played the US was MDF 2012, and that was their first show here since 2002. Now the UK doom masters have announced a full North American tour for 2015 with Satan's Satyrs kicking off in Philly in late March and ending on April 19 in LA! The tour includes a NYC show happening on April 2 at Webster Hall, which looks like it will be their first show in the city since playing North Six in 2002. Tickets for Webster go on sale at 10 AM on Friday (12/19). All dates are listed below.

Electric Wizard released their eighth album this year, the excellent Time to Die. It's the kind of evil psychedelic doom that EW mastered on their seminal albums Come My Fanatics... and Dopethrone that still no one does quite like them. Watch a fan-made, band-approved video for "We Love the Dead" from that album, with the tour flyer and list of dates, below. 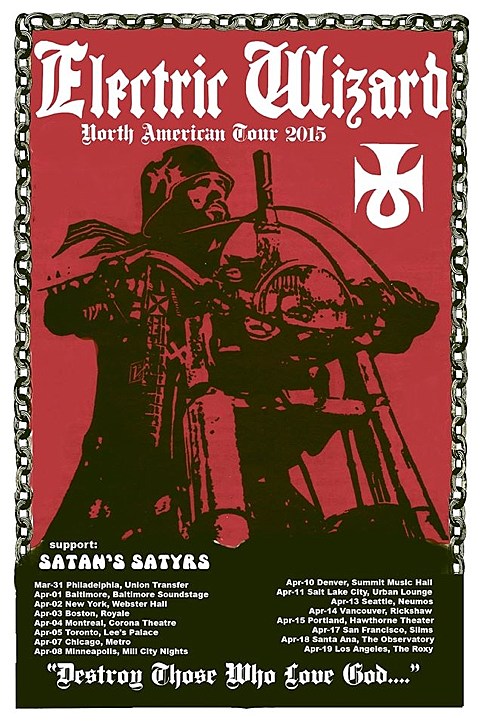