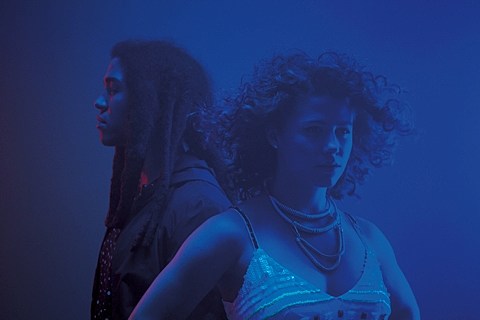 We recently posted that College is touring North America this fall and now it's been announced that his "A Real Hero" partners Electric Youth will be doing the same. The Toronto duo will kick off their tour in LA on November 3 and make their way to NYC for show at Music Hall of Williamsburg (11/12) later in the month. Tickets for that show are currently on AmEx presale and they go on sale to the general public on Friday (9/12) at noon. All dates are listed below.

Electric Youth have also signed to Secretly Canadian, who will release their debut album, Innerworld, on September 30. Three of its singles are out now, "Runaway," "Innocence" and "The Best Thing," all of which are examples of their cool synth pop that should appeal to fans of M83 or Electric Youth's fellow Drive soundtrack contributors, Chromatics. Streams of all three, the video for "Innocence," and a new remix of "Runaway" by Maths Time Joy, below.