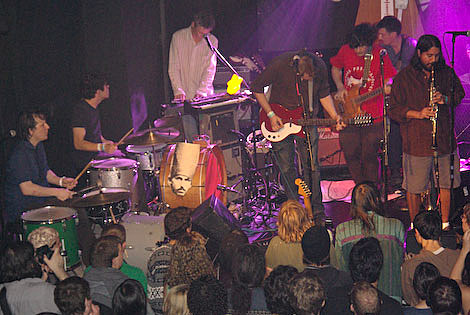 Though the full set of dates hasn't been announced yet, it looks like the Elephant 6 collective is going on another "Holiday Surprise Tour," though this time the holiday is whatever happens in March. The NYC shows are March 22nd at Knitting Factory and March 23rd at Le Poisson Rouge. The latter lists the following:

This news comes hot on the heels of Saturday's private Jeff Mangum show, and Jeff did in fact join in the fun in 2008, but of course there are no guarantees and it will be great either way. Tickets are on sale for both shows (just click the links above). Stay tuned for all dates.

Meanwhile The Music Tapes aka Julian Koster is now on his own holiday tour.