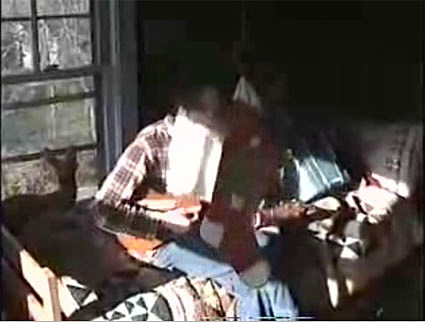 The 13-date "holiday surprise tour" will swing by the Knitting Factory in Manhattan (before it moves to Brooklyn in January) on October 11th. Tickets are on sale.

The tour also marks the debut of the "Major Organ and the Adding Machine" short film, directed by Joey Foreman and Eric Harris. The film will screen at the beginning of each show on the Holiday tour.

The film is currently being submitted to film festivals and will be coming out as a CD/DVD set in the Fall of 2009. Accompanying the Orange Twin DVD Edition will be the expanded version of the film's soundtrack, originally released in early 2000, that includes several unreleased bonus tracks and illuminating new liner notes by co-director Harris. The film and album stand as the consummate collaboration of the Elephant 6 collective, and feature musical and theatrical contributions from Jeff Mangum, Kevin Barnes, William Cullen Hart, Julian Koster, Andrew Reiger, Dixie Blood Moustache and all and sundry who participated in the hypercreative halcyon days of late-90's Athens, Georgia

Mangum-spotters can take note that past sightings have occured at various Elephant 6 NYC shows: Mangum sang briefly withOlivia Tremor Control at the Bowery in August 2005, with Elf Power in November of the same year at the Knitting Factory, and then with the Instruments at the Cake Shop in 2006.

Also, generally mysterious leader of Neutral Milk Hotel Jeff Mangum is said to be in the movie as well; although he is dressed in a lobster suit so it could possibly be anybody. [Wikipedia] 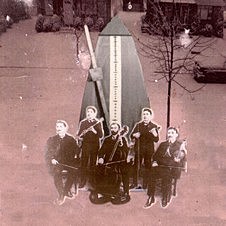 Post-tour, Julian Koster (of NMH, Major Organ, Oliva Tremor Control) and others is scheduled to return to NYC with The Music Tapes on October 25th to play the Merge CMJ Showcase at Mercury Lounge (the rest of that lineup TBA). The band just released Music Tapes for Clouds and Tornadoes, and Koster is set to release The Singing Saw at Christmastime (currently streaming at Merge) on October 6th.

Elephant 6-ers Of Montreal will also visit NYC at the Roseland Ballroom October 10th as part of their tour supporting the forthcoming LP, Skeletal Lamping. (There's a listening party tonight - Sept 8 for the album in Portland, OR). Kevin Barnes also appears in the movie.

All tour dates and the "Major Organ" trailer (and cast listing), below....

With (in order of appearance):
ANGIE GRASS, ROBBIE CUCHIARO, MICHAEL WHEELER, JENNY, KATHLEEN, DAVE, JIM WILLINGHAM, PETER ERCHICK, DEREK ALMSTEAD, DAVE BARNES as The Other Bearded Ones
HEATHER McINTOSH as The Game Show Host
JEFF MANGUM as The Lobster
KEVIN BARNES as The Constable
THE 8-TRACK GORILLA as Himself
B.P. HELIUM, LAURA CARTER, ANDY GONZALES, THEO HILTON as The Other

Film Crew
JULIAN KOSTER as Himself
PETE McBRAYER as The Slob