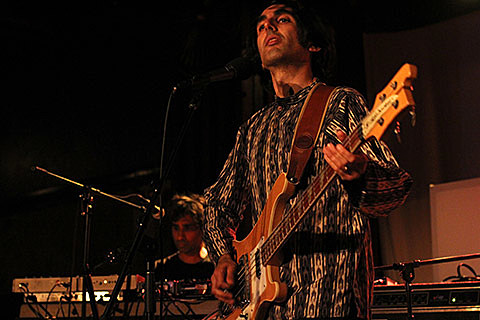 Montreal's Elephant Stone have been no strangers in the Lower 48, having toured with Black Angels and Allah-Las in the Spring. Rishi Dhir and co will be heading back our way next month for a quick swing through the East Coast (and a couple dates in the Midwest), including a stop in NYC on August 10 at Mercury Lounge. That show is supporting trippy vibers Morning Teleportation with Desert Noises on the bill too. Tickets are currently on AmEx presale and go on sale to the general public on Friday (7/12) at noon.

If you haven't checked out Elephant Stone's new album yet it's their (to quote myself), "best batch of songs yet, clearly nodding at the past (The Byrds, Big Star) but without sounding overtly retro, sprinkled with just enough of Rishi Dhir's formidable sitar skills."

All tour dates are listed, along with a stream of the album, below...