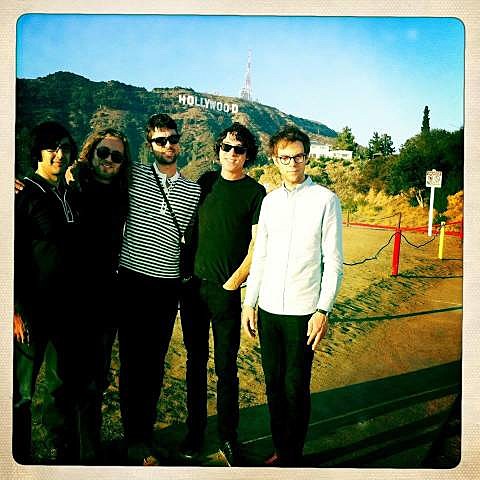 Elephant Stone, the jangly, psychedelic pop project led by sitarist/bassist Rishi Dhir (who has lent his sitar skills to The Black Angels, Brian Jonestown Massacre, TSOOL and others) will release their sophomore, self-titled album on February 5 via Hidden Pony Records on CD and it will be out on vinyl via Reverberation Appreciation Society at some point next year too. You can preorder the CD now and stream the album's lead single, "Heavy Moon," below.

Though the album's not out until 2013, Elephant Stone will be touring before the end of 2012 and they'll hit NYC on December 5 at Mercury Lounge and December 6 at Union Pool. Tickets for the Mercury Lounge show are on AmEx presale now and they go on sale to the general public on Friday (11/2) at noon. No advance tickets for the Union Pool show at the moment. The band was also just in NYC for CMJ. Did anyone catch them?

A list of all tour dates and the "Heavy Moon" stream below.