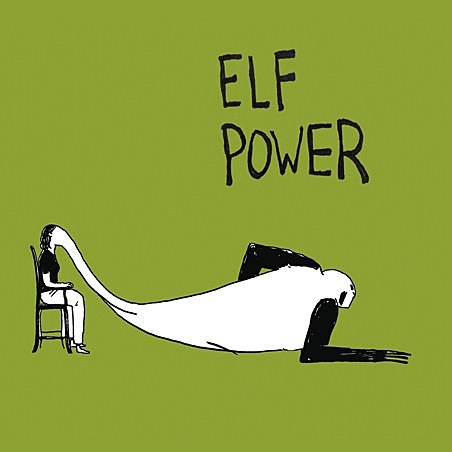 "Elf Power" by Elf Power was released this week...

Elf Power is dedicated to the memory of dear friend, mentor, and close collaborator Vic Chesnutt, who committed suicide in late 2009. Chesnutt was long a guiding light in the close-knit Athens community; the Elves recorded a collaborative album, "Dark Developments," with Chesnutt in 2008 and toured extensively with him through the years. Elf Power's latest album found shape in the vacuum caused by Vic's loss, and finds the band exploring the void created by his departure.

Guest players on the album include Will Cullen Hart and Bill Doss of the Olivia Tremor Control, and Circulatory System's John Fernandes and Heather McIntosh. They also apparently used a mellotron that they borrowed from REM. Elephant 6 and Athens represent. You can listen to a song below.

Elf Power are supporting that album on tour now. Their next stop is The Rock Shop in Brooklyn tonight (9/17). Also on that bill: Folklore and The Capstan Shafts who also just released an album, and who will be back in town for CMJ.

Elf Power will next be back in town even before CMJ, when they open for Broken Bells at Terminal 5 on October 11th (tickets). Between now and then they also play many other shows. All dates below...

Stranger in the Window by Deus Ex Machina Publicity