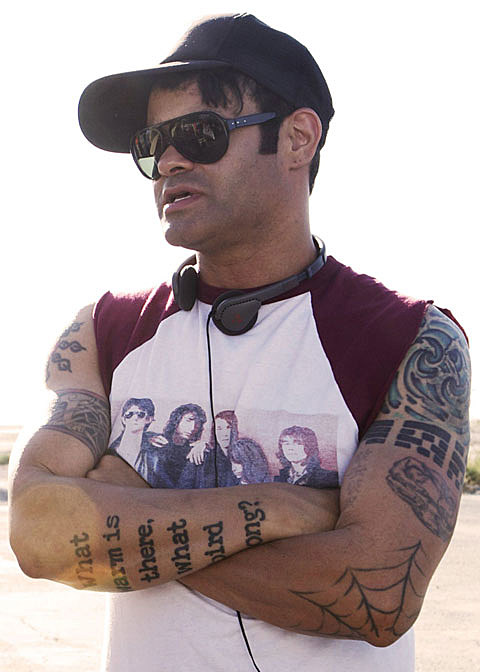 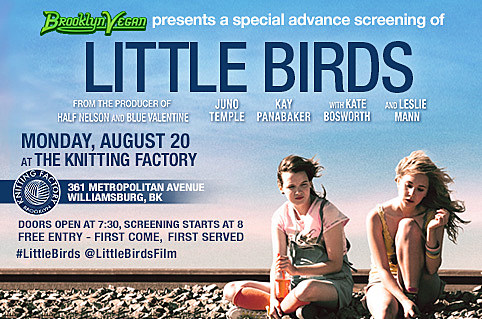 "First-time director Elgin James has had a very unique journey to filmmaking - from spending time in the foster care system to forming the notorious FSU gang to serving a year in a maximum-security prison. Homeless as a teenager, Elgin James was a fixture in Boston's hardcore punk scene, helping found a national street gang that targeted neo-Nazi skinheads and drug dealers. He has now put his violent past behind him with his striking directorial debut Little Birds.

15 year-old Lily (Juno Temple) and her best friend Alison (Kay Panabaker) live on the shores of the Salton Sea among rundown trailer parks, rotting household items, drained pools and decaying streets. What was once an oasis for the wealthy and famous has become a near ghost town, leaving its residents fighting for breath in the deep end. Juno Temple and Kay Panabaker shine in this mesmerizing coming-of-age story of finding escape and innocence lost. The film was one of the most buzzed about premieres at Sundance last year and features an all-star cast including Leslie Mann and Kate Bosworth."

Back in 2010 we pointed out that FSU "street gang" founder Elgin James, pictured with all his muscles above, is now a filmmaker with a movie called Little Birds. It played at Sundance 2011 (as the synopsis above points out). It's now August 2012 and we can report that Little Birds is opening in NY and LA theaters on the 29th of this month, but you don't need to wait that long to see it... BrooklynVegan is proud to present a FREE screening of Little Birds at Knitting Factory Brooklyn on Monday, August 20 (that's the flyer up above). The free screening starts at 8pm, and is first come, first served (we've rarely ever had to turn anyone away).

The soundtrack for the film is out digitally this Tuesday, August 14, via Lakeshore Records. It features four original tracks from the film's director Elgin James, as well as tracks by Chad Gilbert of New Found Glory, The Brian Jonestown Massacre, Linée, and Big Star. Pick up your copy at iTunes, but first listen to Elgin James and the Suicide Gang's "I Will Die Young", one of the album's songs that is making its premiere in this post. You can stream it, along with the film's trailer, below...

--
I Will Die Young - Elgin James and the Suicide Gang 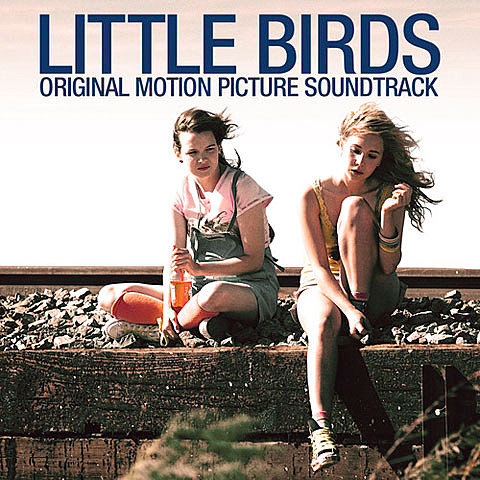