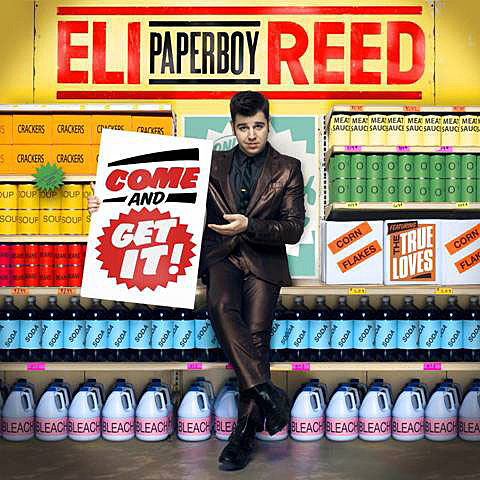 Eli "Paperboy" Reed's new record, Come And Get It (his major label debut), comes out August 10th in the US on Capitol. The album, produced by Mike Elizondo (a guy who has put his mark on a quite a few songs), drops quite a bit earlier in the UK, coming out May 10th on EMI/Parlophone.

Eli is on tour in Europe through May before returning to North America for shows in June. The two-week US trip starts and ends with a pair of NYC shows. First, they play a Mercury Lounge show on June 3rd (on sale Wednesday at noon), then a June 19th gig at The Bell House (probably on sale soon).

All tour dates and videos are below...

Eli "Paperboy" Reed - Come And Get It EPK

#11 Eli Paperboy Reed - Am i wasting my time