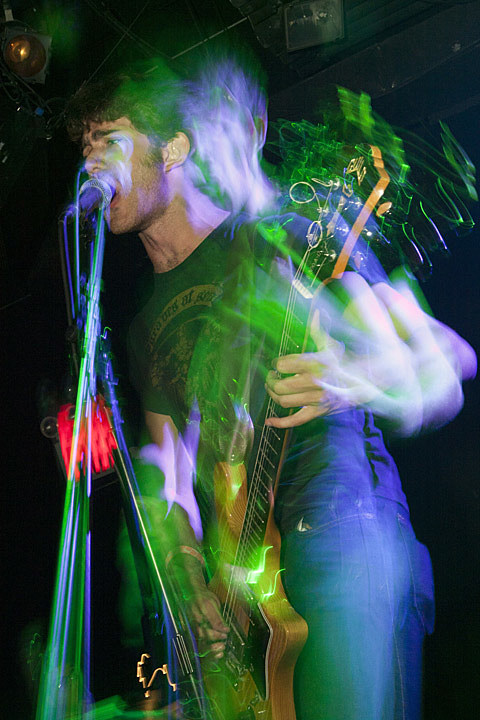 The knowledge that they have signed to Tee Pee, recent shows with Pentagram, and some of the band member's decidedly 70s look would indicate that Elks is another retro-leaning band hell-bent on reliving the golden-age of guitar rock. But you'd be wrong, Elks mixes the big bang of early Mastodon-ian riffs with Iron Maiden's melodic gallop and a host of others on their new EP Destined for the Sun due via the label on 9/13. Stream "White Fang Learns to Hate" and "Two Moons of Mars" below. The latter makes its first appearance here. Learn more about the first track in a recent interview with Revolver Magazine.

Elks will play Union Pool on September 16th as part of their Record Release party for the new EP. The band will also play the upcoming Tee Pee CMJ showcase at Union Pool on 10/21 with Hull and The Fucking Wrath. Full tour schedule is below.

In other news, Hull has released a new track from their forthcoming Beyond The Lightless Sky. And Hull will play a FREE show at Union Pool on 9/10 as part of the venue's Summer Thunder series, teaming the Brooklyn five piece with Wizardry. Stream that alongside the new Elks tracks and all tour dates below...