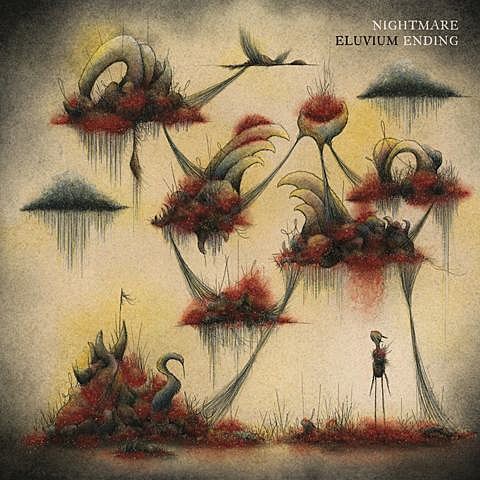 I can count on one hand the number of bands or musicians whose potential upcoming new releases can awake any sort of interest in my pea-brain. One such artist is Eluvium aka Matthew Cooper. I first encountered Eluvium at Webster Hall back in 2007 where he shared a bill with Explosions in the Sky and the Paper Chase. I had just made it through the door to the venue when he started playing and when I made my way to the ballroom I was greeted by an extremely dark room swelling with an incredibly rich wall of repetitious sound. I was absolutely transfixed by how full the sound was and how the sounds grew and changed subtly through its repetitive and ambient nature. It was hypnotic. The following payday I bought every single solitary Eluvium/Matthew Cooper release I could get my hands and will continue to do so as long as he keeps making sounds.

Matthew Cooper keeps his internet presence to a minimum, only really updating his website when he has project-related news on the horizon. Shortly after 2013 landed on our doorsteps, Cooper updated his website with the news that a full length was done and coming soon, that he was working on a new film score, and that the "pedals / petals" 10 inch will see release on Cameron Crowe's Vinyl-Films imprint shortly. Then on February 7 Cooper announced that his new album, "Nightmare Ending", will be coming out May 14 via Temporary Residence Ltd. Then on March 2, Matthew leaked a track from the forthcoming album called "Don't Get Any Closer." In typical Eluvium fashion, this 9-minute piano-based ambient masterpiece is a slow-moving tapestry of sound beginning with a slow fade-in that glacially evolves until finally resolving in a symphonic breath of sound. At risk of sounding like a total douche, I have to say that his subtle incorporation of church organ gave me chills.

Then, finally, on April 9, Cooper announced that it was pre-order time. At the pre-order page one can opt for the album download & poster package for $40 or a 2 CD set option for a super reasonable $12. Also at the page, Temporary Residence has generously posted a whopping 4 tracks which you can stream at your leisure, which I am doing as we speak. You can also stream said tracks below. And if you are a savvy follower of Eluvium, you would have seen that these tracks premiered at certain websites during the past few weeks. You can also see two videos below of Eluvium at the Webster Hall show I mentioned up there. Let's hope his next website update features tour dates including several NYC area appearances.