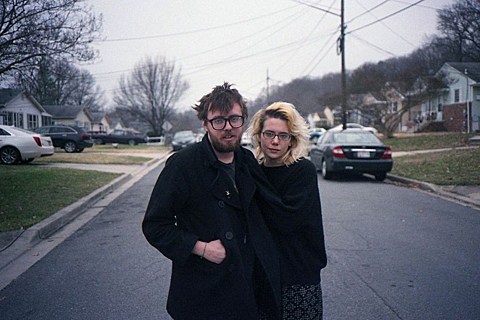 Elvis Depressedly, the band of Matthew Lee Cothran (Coma Cinema), Delaney Mills and a revolving cast of collaborators, are set to release their debut album, New Alhambra, this spring via Run for Cover. So far, two songs are out from that album. Matthew's got a Dan Bejar-esque quality to his voice, and if Destroyer is in fact an influence here, both songs sound like they came from very different parts of his career. There's "N.M.S.S." (aka "no more sad songs") that sounds like lo-fi folk off of Streethawk: A Seduction, and the loungey pop of "Bruises (Amethyst)" which would fit comfortably on the more recent Kaputt. Listen to both below.

Elvis Depressedly has been on tour with Alex G, both of whom are playing separate free BrooklynVegan day parties at Red 7 during SXSW this week. Elvis is on our Thursday party with METZ, Speedy Ortiz, and more; and Alex is on the Saturday party with Mew, Ceremony, Screaming Females and more.

Meanwhile Alex G signed to Domino Publishing, and has a new LP due out later this year.

All Elvis dates are listed, with those song streams, below...