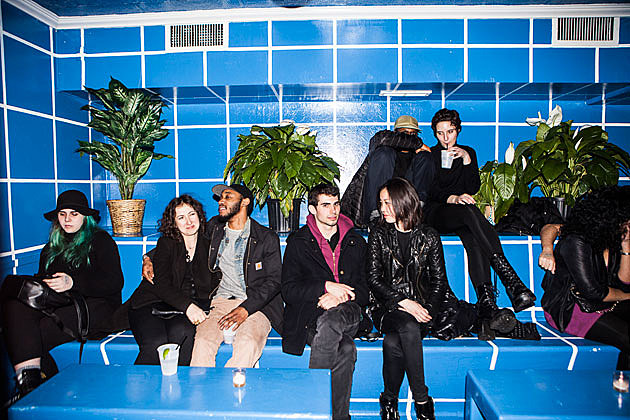 Avenue A bar Elvis Guesthouse opened earlier this year, courtesy of the Baby's All Right folks. They've done some DJ nights and live shows, but as the Village Voice points out...

Elvis Guesthouse co-owner Zachary Mexico says the suspension of shows was something he and his business partner Billy Jones -- who also operate Williamsburg venue Baby's All Right -- were expecting.

"It's kind of been a cup of coffee that's been brewing for a long time. If you look into the origin story of the bar, I think you can look in there for clues as to what the future may hold," he says, referencing the colorful tale of Elvis Presley's fabled fake death that decorates the club's website. The legend states Presley covertly fled to Kathmandu, where he opened a small bar that was eventually demolished by the landlord in order to make way for a shopping mall. "I think they had these same kind of problems in Nepal back in the day," says Mexico, grinning.

Mexico says Elvis Guesthouse will keep the bar open, but its live music venue status is on hold for the time being. "Are we allowed to have bands? Sure, if we want to. Does that threaten the continued operation of our place? Potentially."

The Perfect Pussy / Wild Moth show that was scheduled for this Monday (11/16) is possibly still on (but it's not 100% confirmed), and after that it looks like the live music may be done for good. UPDATE: The venue tells us that Perfect Pussy show will be their final live show.

You can check out the full upcoming schedule here, including a Chrome Sparks EP release party (all DJs) tonight (11/13).