Ash Wednesday will be released in February 2007. Perkins has been garnering attention far and wide for the past year and a half – due in no small part to the considerable touring he has been doing. This last year saw him on the road with Matt Costa, World Party and Cold War Kids, among others. He has also played at ACL, Lollapalooza and Sasquatch!. 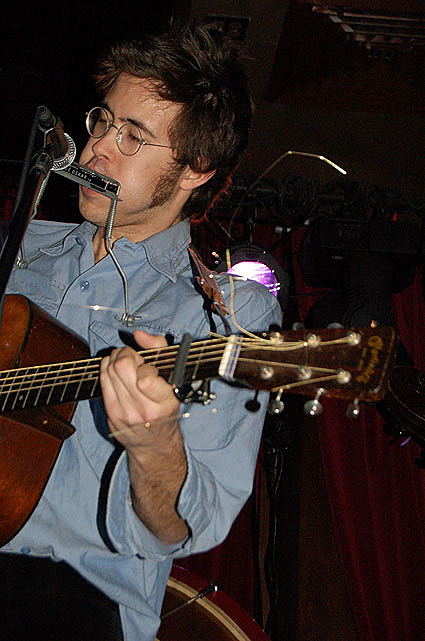 Elvis is currently on tour with Pernice Brothers. They play Mercury Lounge in NYC on December 8th. Before Elvis left on tour he made time to play the free BrooklynVegan show at the Annex on Saturday November 4th, 2006. He actually went on right after Annuals.

All tour dates & another picture below.... 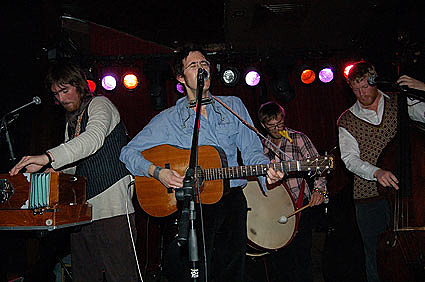 Elvis Perkins blew DJ David Bruno away....JK from Metro Distortion: not so much.

"Elvis Perkins was raised in Los Angeles and New York City. Work on Ash Wednesday began in 2002 -- Elvis (his real name) originally had help from his actor-musician brother Osgood on drums and friend Ethan Gold who produced the album. Since that time his band has grown to include Brigham Brough (bass) and Nicholas Kinsey (drums) both of whom played on the album as well as Wyndham Boylan-Garnett (keyboardist/guitarist)."