photo: Elvis Perkins at NeilFest in September (more by PSquared) 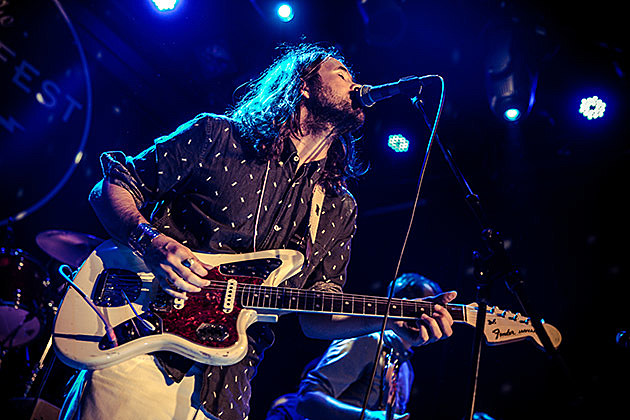 Elvis Perkins released his folky new album I Aubade earlier this year on his own MIR Records. Its track "Hogus Pogus" got the video treatment at the beginning of the year (watch below) and he's planning a video for "I Came For Fire" too. It will be available soon.

Elvis is also going on a short Northeast tour of the US and Canada in December, which includes two nights at Jesse Malin's new East Village club Berlin on December 11 and 12. No advance tickets at the moment. Leading up to that run, Elvis is touring Europe. All dates are listed below.

He's also written an original soundtrack for his brother Oz Perkins' directorial debut, February. According to a press release:

Stay tuned for that. Tour dates and the "Hogus Pogus" video below...