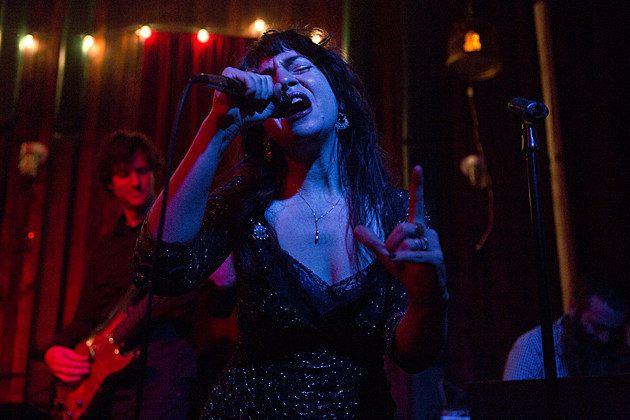 NYC group Elysian Fields played the first two of their 20th anniversary shows over weekend, the second of which happened on Halloween at new Brooklyn venue The Owl Music Parlor (which is owned by the band). In addition to core members Oren Bloedow (guitar, vocals) and Jennifer Charles (vocals, small percussion) Elysian Fields were joined by Jamie Saft (keys), Ben Perowsky (drums) and Danton Boller (bass) along with special guests Joan "As Policewoman" Wasser (violin), Antony colaborator Maxim Moston (violin) and Daniel Carter (trumpet, sax). The Owl is a tiny spot and the room was packed (we spotted Jim Thirlwell in the house) with the guest violinists performing from seats in the front row.

The show opened with Jennifer coming down the center aisle enshrouded with a cloak pulled tight over her face and an old craggly walking stick, saying some very bizarre, scary and, at times, hilarious things while the band improvised and vamped some appropriately scary music. (Saft getting especially out there sounding like Sun Ra on his synthesizer.) The set began almost entirely in the dark but before the second song Oren threw a few switches and on popped blue and red house lights. Elysian Fields performed their great 2000 album Queen of the Meadow, in full, plus B-sides and tracks from the band's never-released second album (which was produced by Steve Albini).

The band's seven-show 20th anniversary run continues on Saturday (11/7) at Le Poisson Rouge where they'll perform 2005's Bum Raps and Love Taps. After that are four more shows at The Owl. Tickets are still available.

More pictures from Elysian Fields' Halloween show are in this post. 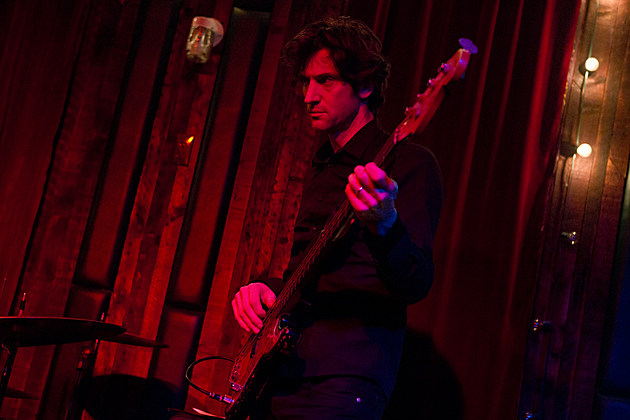 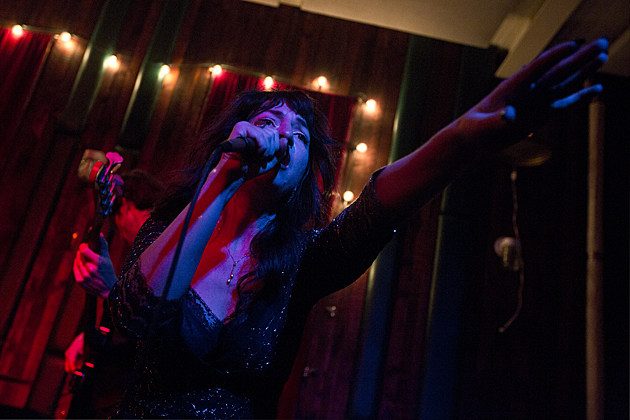 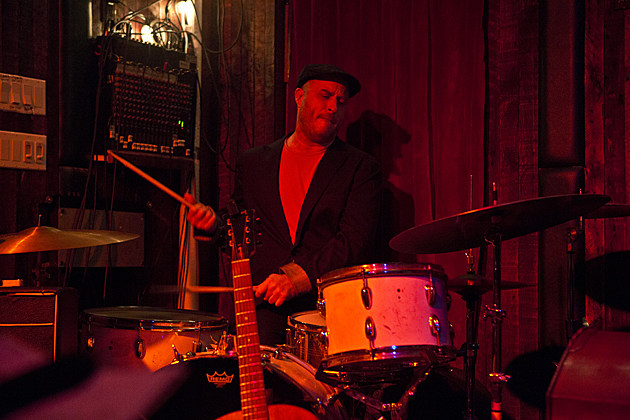 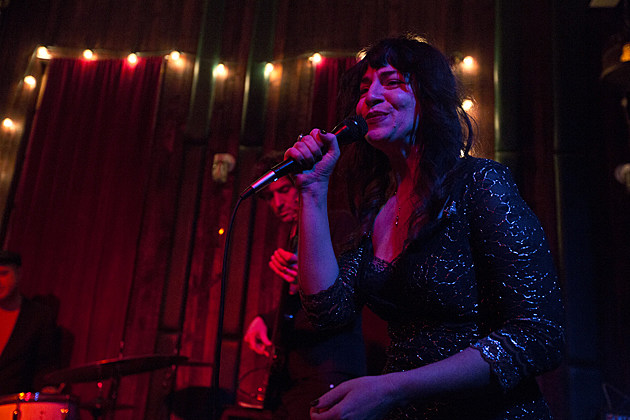 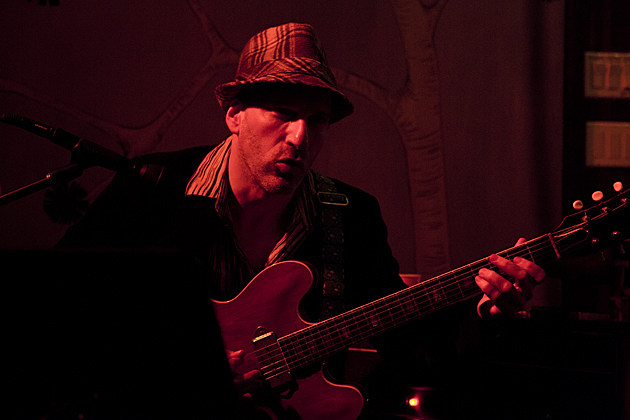 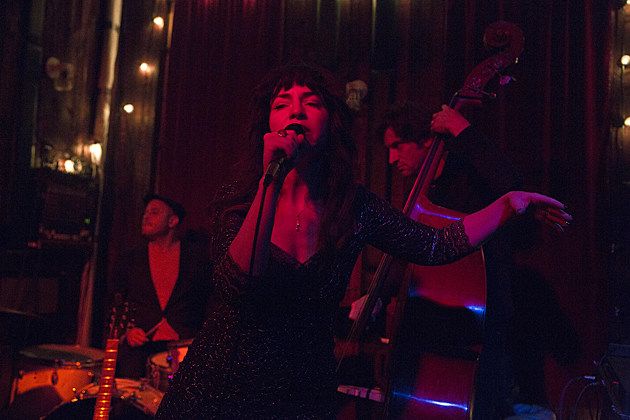 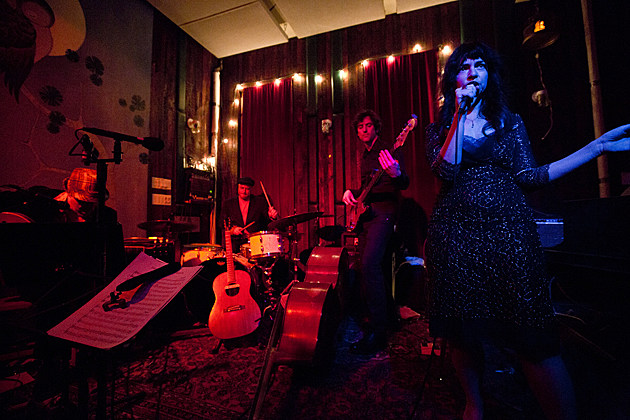 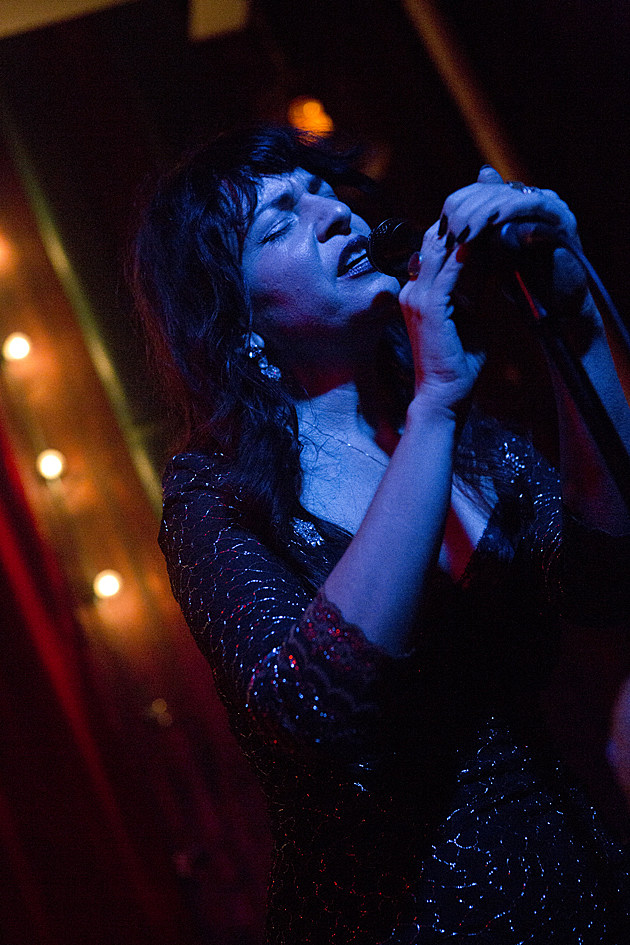 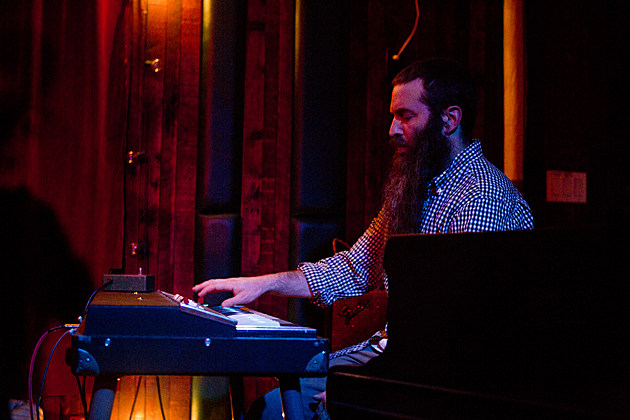 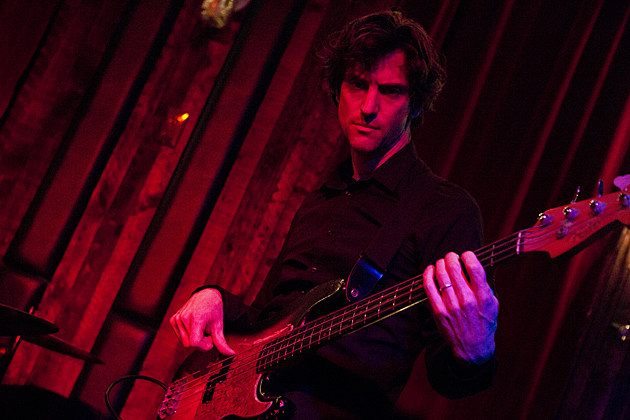 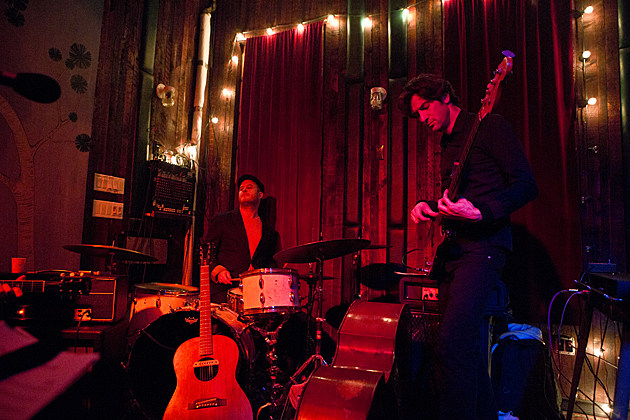 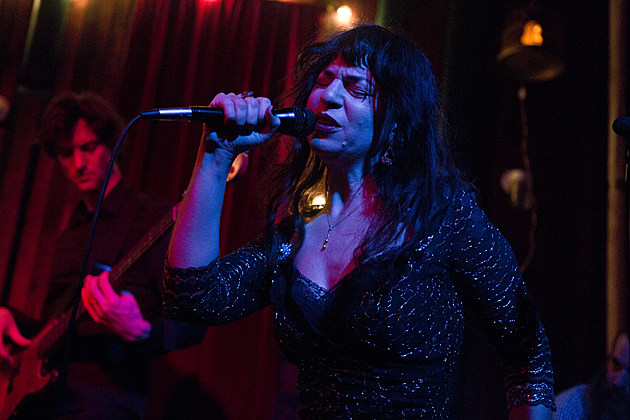 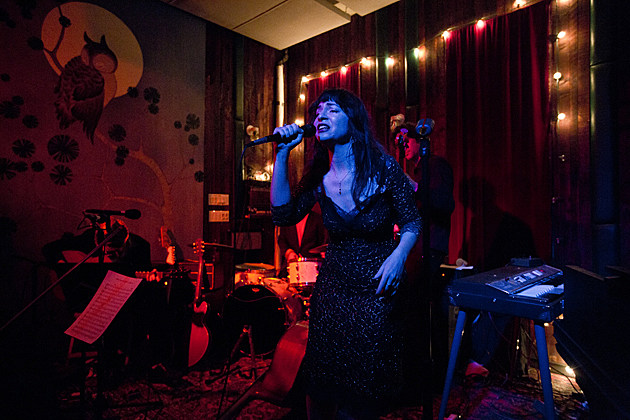 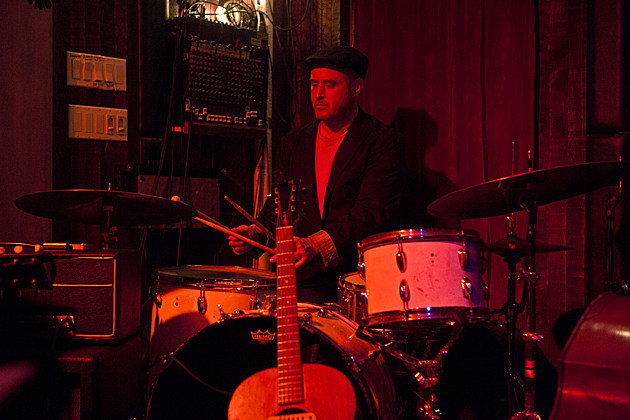 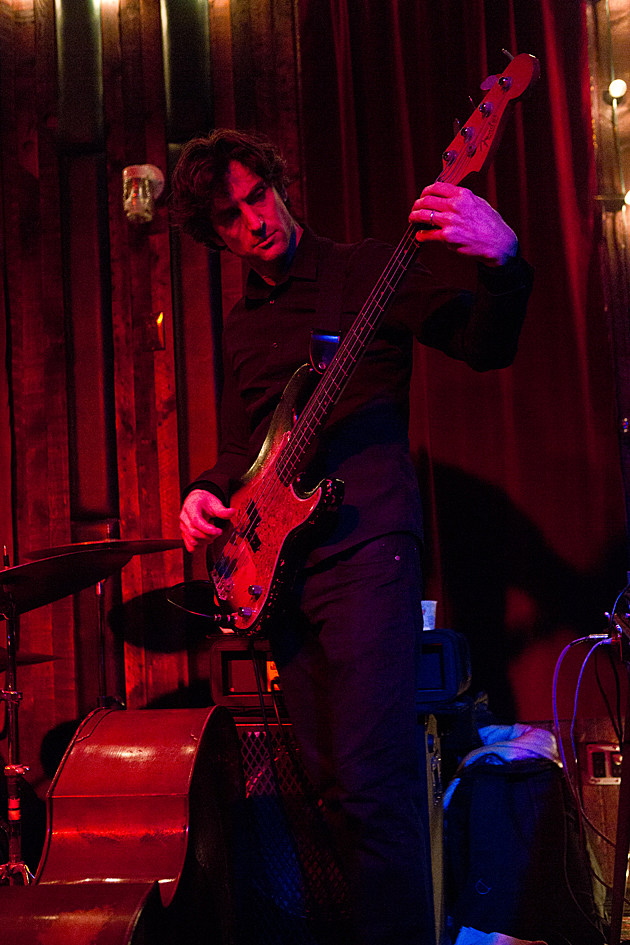 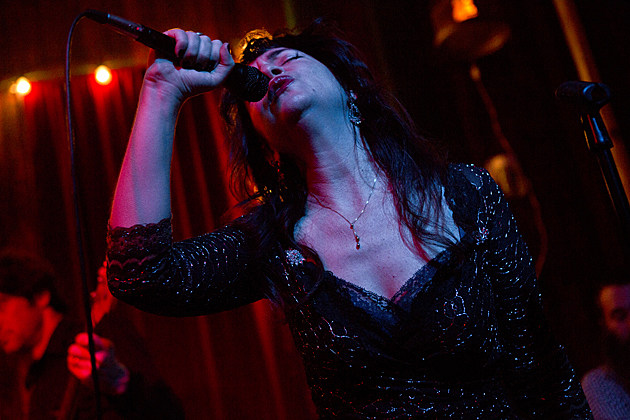 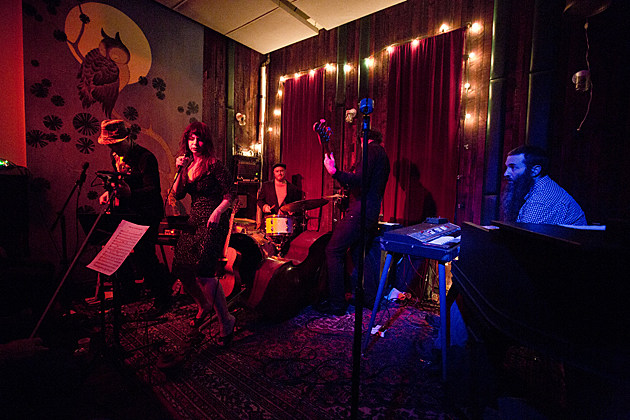 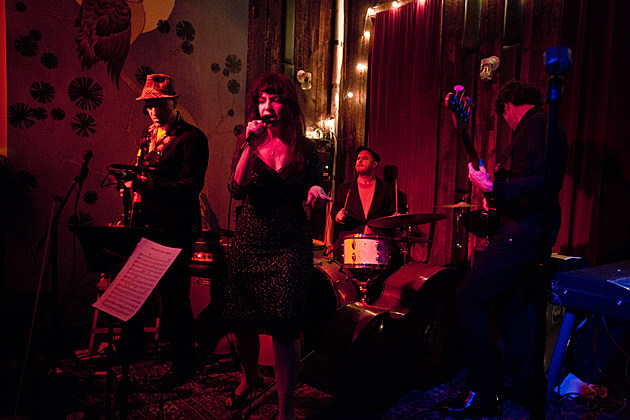 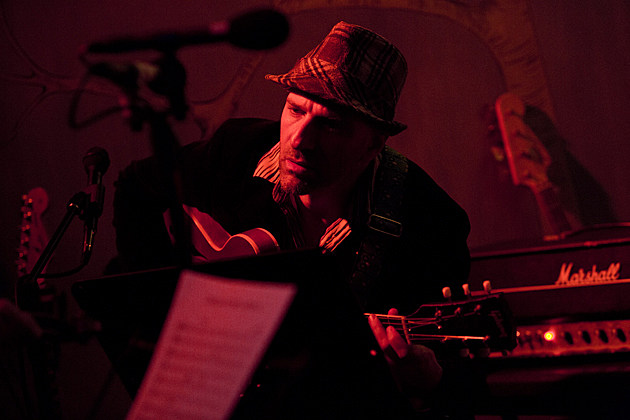 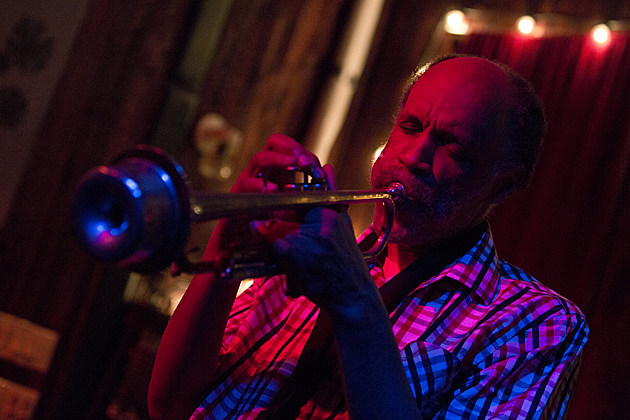 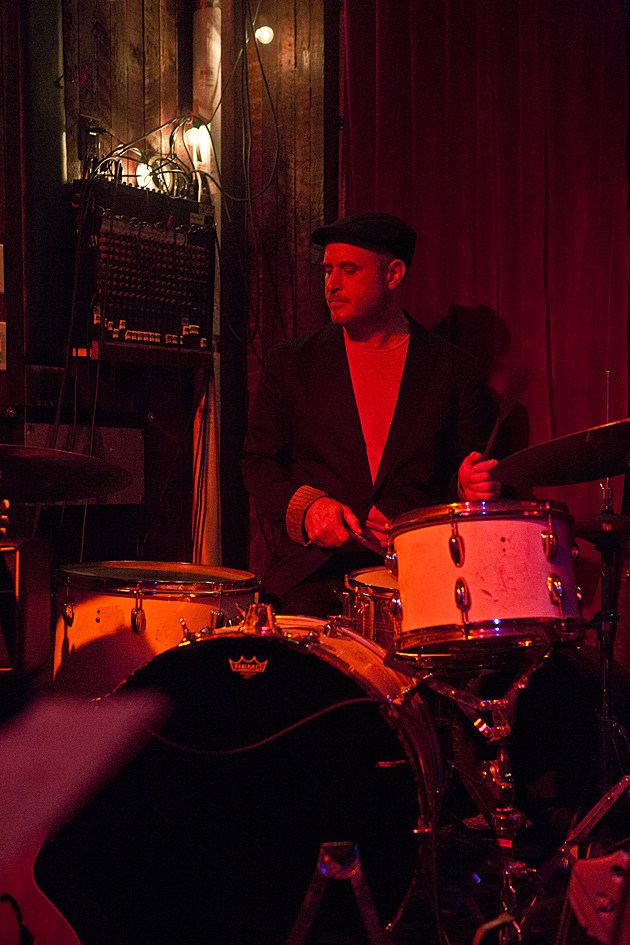 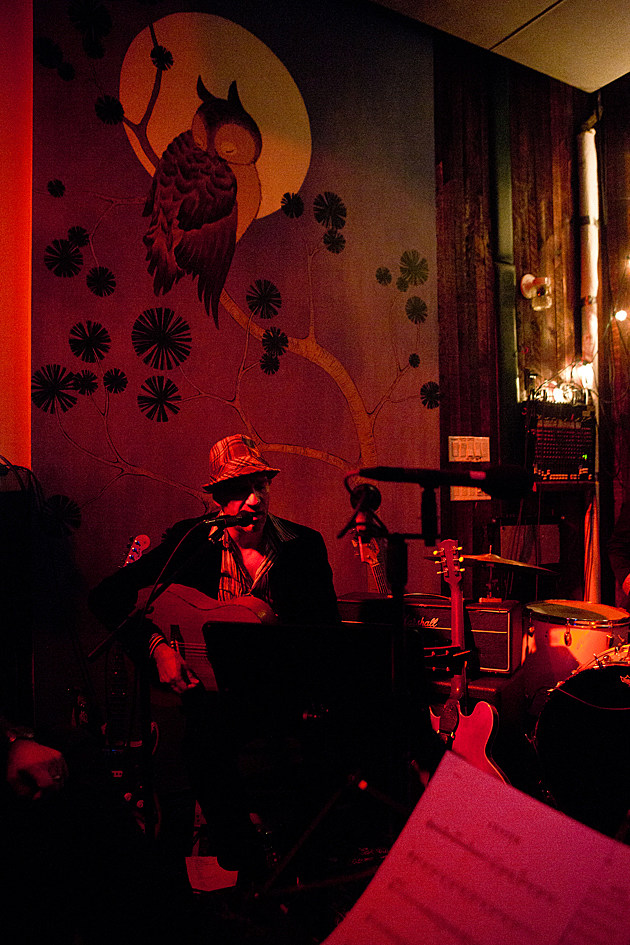 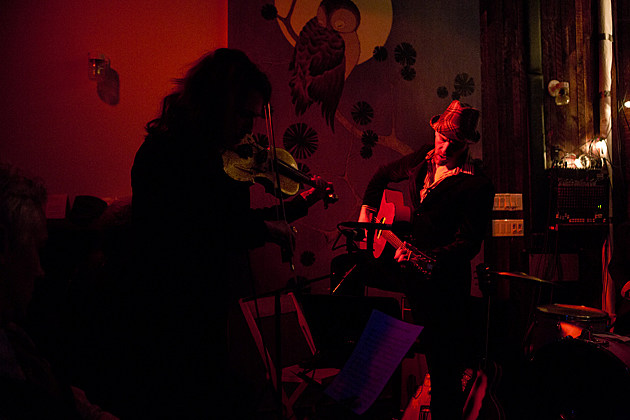 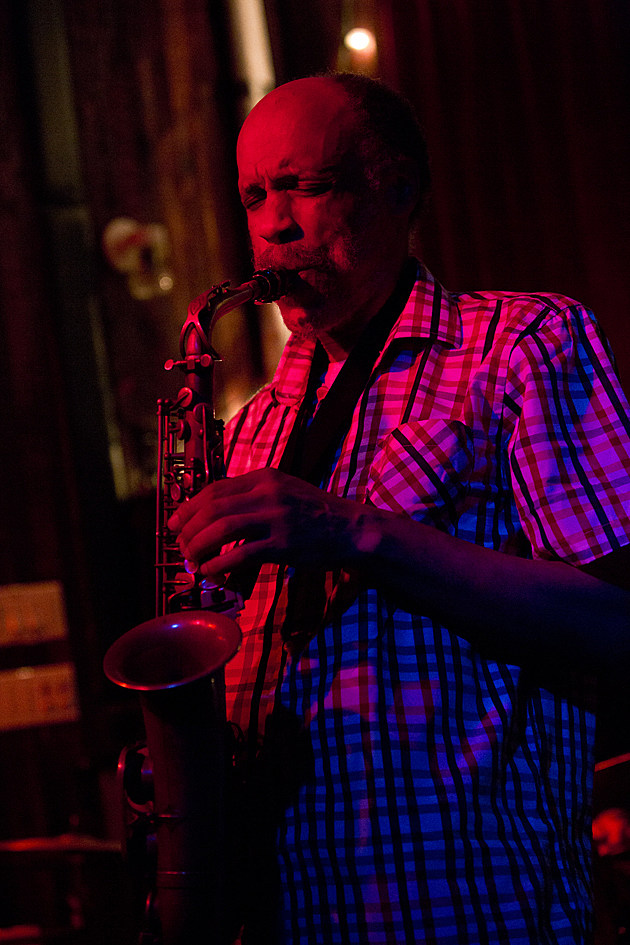 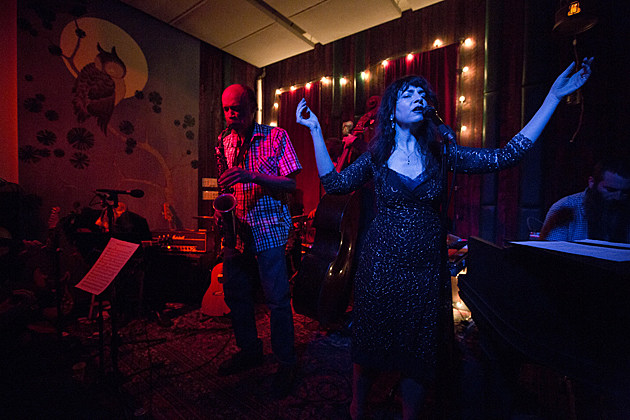 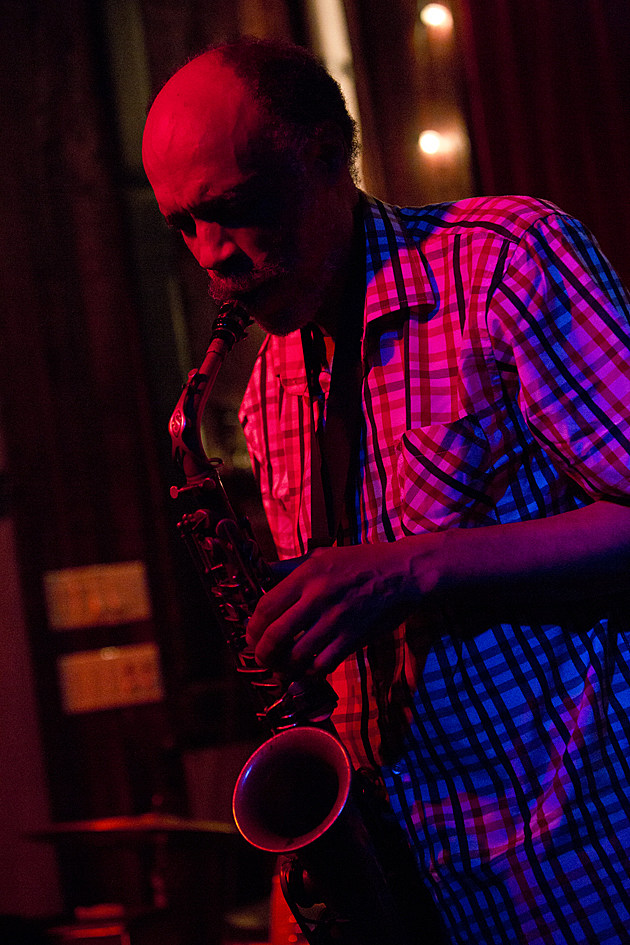