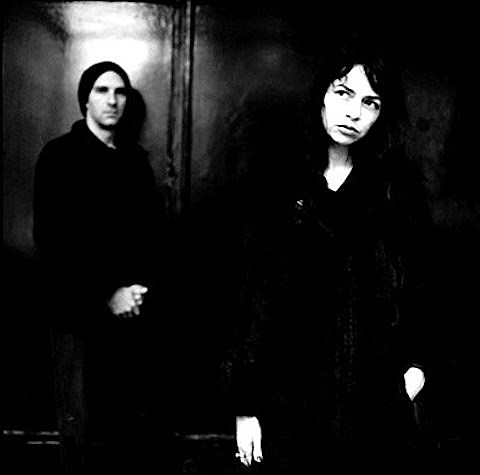 Venerable NYC band Elysian Fields have announced a string of 20th anniversary shows happening in NYC in October and November. All but one of the shows will take place at new Prospect-Lefferts Gardens venue The Owl, which was opened by the band's Oren Bloedow and Jennifer Charles, with the other show happening at Le Poisson Rouge. The band will play a different albums in full at each show, covering their entire catalogue.

The first two Elysian Fields shows at The Owl (where they'll be playing their S/T EP & Bleed Your Cedar, and Queen of the Meadow respectively) will go down at October 29 and 31. Then they'll take a week off before hitting Le Poisson Rouge on November 7 to play Bum Raps and Love Taps. They'll return to The Owl for shows on November 12, 14, 19 and 21, which will take them through the rest of their albums (Dreams That Breathe Your Name, The Afterlife, Last Night on Earth, and For House Cats and Sea Fans, for the completists). Tickets for all seven 20th anniversary shows are on sale now and details for all the shows, plus a few music videos, are below.

Elysian Fields are also working on a new record that will hopefully be out in 2016. 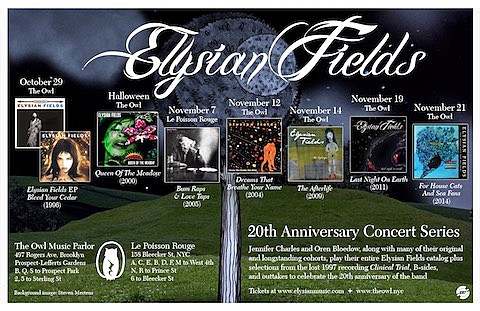