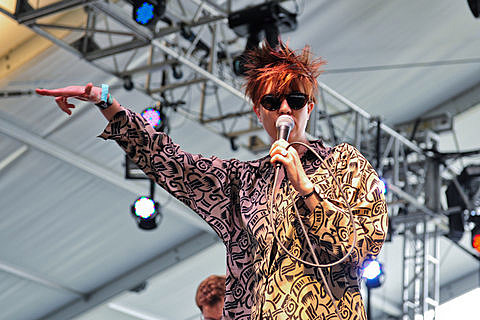 Erika M. Anderson's official debut album as EMA, Past Life Martyred Saints, came out back in 2011 (one of our favorites of that year), and she's now set to release its followup, The Future's Void, this spring on her new label homes of Matador and City Slang. She just revealed the first single from the album, "Satellites," which starts out sounding like a typical EMA song, but soon brings in much wilder electronics and and a bigger, more epic sound than anything on her last album. It's more than enough reason to get excited for the new album, and you can check it out for yourself below.