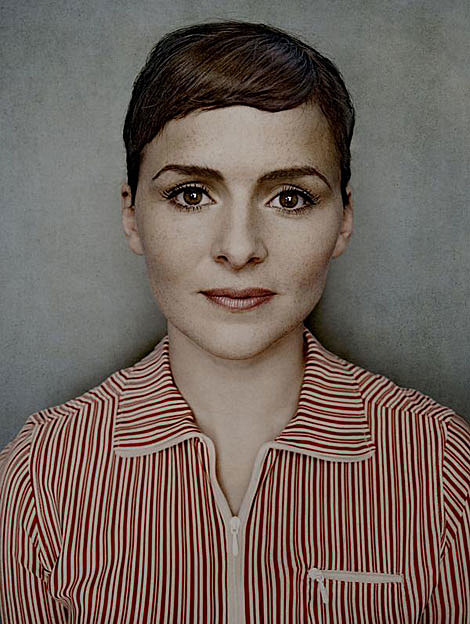 Me and Armini is the fifth (third released outside Iceland) studio album by Icelandic singer and songwriter Emilíana Torrini. It was produced by Dan Carey. The album was released on 8 September 2008 preceded by the digital single "Me and Armini" on 19 August. "Big Jumps" will be the next single and [was] released on 29 September 2008. The album entered the U.S. Billboard Heatseekers Chart at #30. [Wikipedia]

After playing a bunch of European dates in January, February and March, Emiliana Torrini will pay a visit to the US to play at least one show so far. Tickets are on sale for a March 28th performance at Hiro Ballroom in NYC. The title track from her new album is above. All dates, and her newest video, below...