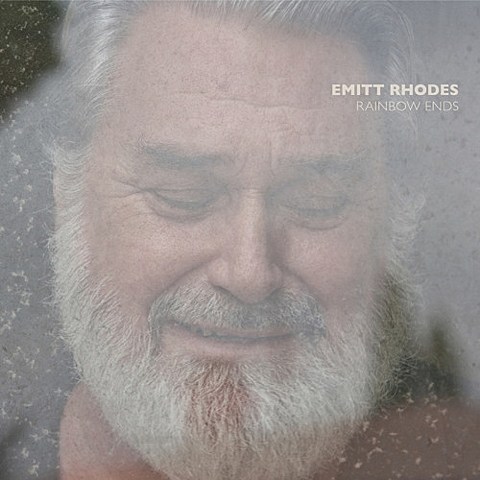 ...then there's people like Emitt Rhodes, who's a cult hero for no good reason whatsoever. Far from obscure, his music is loaded with melodic charisma, that essential ingredient that makes you want to hear some records over and over again. Often called a musical dead ringer for Sir Paul McCartney, Rhodes is really the Macca we all wish Macca would be: an incredible pop tunesmith without all the gooey sentimentality and overflowing cuteness. The crown jewel of Rhodes' small body of work is his self-titled debut album. Released to critical acclaim and modest commercial success in 1970, Emitt Rhodes has since taken on mythical status among power-pop and '70's rock aficionados. The album is a tour-de-force: just like McCartney on his first solo album, Rhodes played all the instruments and sang all the vocals himself. But even more impressive are the songs. Only 20 years old at the time, Rhodes had already absorbed the best of '60s rock and matched it. Lennon/McCartney certainly weren't writing songs the caliber of "Somebody Made for Me" or "With My Face on the Floor" at that age. This precocious, good-looking kid should have been unstoppable. [Steven Hyden for 'Perfect Sound Forever,' 2001]

Cult musician Emitt Rhodes was a drummer in '60s pop group The Palace Guard and then a member of psych-pop band The Merry-Go-Round (whose single "Live" was covered by The Bangles on their first album) before releasing four solo albums in the early '70s. His most classic, as the above quote points out, was his McCartney-esque self-titled debut. Now, 43 years after the release of his last album (1973's Farewell to Paradise), Emitt is returning with album #5, Rainbow Ends. It's due February 26 via Omnivore Recordings.

The album has a handful of impressive guests too, including The Bangles' Susanna Hoffs, Aimee Mann, Nels Cline and his Wilco bandmate Pat Sansone, Jon Brion, members of Brian WIlson's band, and more. And the backing band includes New Pornographers drummer Joe Seiders. Chris Price produced it, and he says:

I view this as a continuation album, meaning it isn't meant to be recreating the sound from his first record, but instead what he might have sounded like after his third album, Farewell to Paradise, if he kept making music in the mid-to-late '70s.

I had a spurt there, you know. I just wrote a whole bunch of songs. I'm just gonna write what my heart tells me, because that's the only thing that really matters, isn't it? Sometimes you don't know, and then the light goes on and you do know.

We've got the premiere of the album's first single, "Isn't It So," which has Emitt in fine form. Like Chris Price said, it does sound right out of the mid-to-late '70s, but it doesn't sound dated, partially because that sound had a bit of a moment this year (thanks to Father John Misty, Matthew E White, Natalie Prass, etc). Listen below. Various pre-order options are at PledgeMusic.

Emitt is set to play SXSW, and more dates are TBA.

Tracklist:
Dog on a Chain
If I Knew Then
If It Isn't So
This Wall Between Us
Someone Else
I Can't Tell My Heart
Put Some Rhythm to It
It's All Behind Us Now
What's a Man to Do
Friday's Love
Rainbow Ends