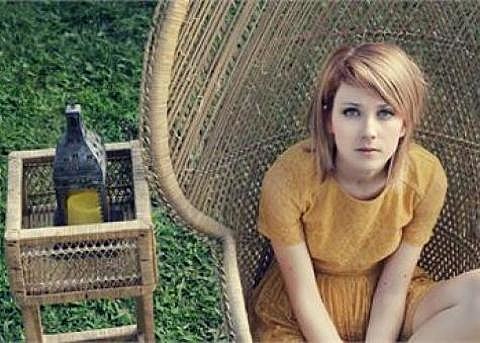 Brisbane, Australia's Emma Louise will be playing a bunch of shows during CMJ (less than two weeks away) but if you want to catch her earlier than that, she's making her NYC debut at Rockwood Music Hall tonight (10/5) with an early 7:30 set (it's also free).

With her electronic-tinged folk-pop single "Boy" (pretty catchy we admit), Emma Louise has been making waves and you can watch the video for that below. Her 2011 Full Hearts and Empty Rooms EP was reissued by Frenchkiss Records this year and the label will release her new album in early 2013 which "Boy" will be on.

As mentioned above, she'll be here for CMJ and is playing the Frenchkiss Records Showcase at Pianos on October 17 with Devin, Black Light Dinner Party, Chains of Love, Sleepies (tickets); the Paradigm Showcase at Mercury Lounge on October 19 with Savages and more (sold out, but you can try your CMJ badge if you have one); and the Aussie Day BBQ at The Delancey on October 20, with a couple other parties with dates TBA.