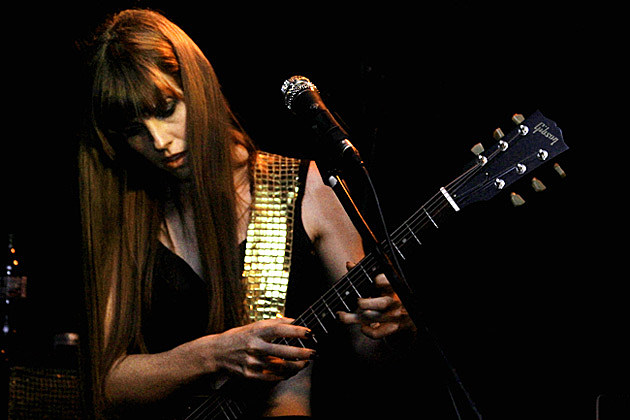 Bits of Emma's other bands can be heard in this record, but it's really its own thing, stronger than just some solo/side project type endeavor. Throughout the album, she brings in elements of dark folk, psychedelia, shoegaze, and moody textures that recall her metal associations. Her labelmate Chelsea Wolfe would be a good comparison. Unlike some of her more lo-fi work, the production here is clear as day and benefits her often-huge voice. The songs are rarely bright or uplifting, but they'll get stuck in your head.

I recently wrote the above about Emma Ruth Rundle's (of Marriages, Nocturnes, Red Sparrowes) excellent new solo album, Some Heavy Ocean, which she's since announced a tour in support of. Most dates on the tour are opening for King Buzzo of the Melvins on his tour, though she won't be at either of his NYC dates (Santos and The Wick). She will, however, go on a short run in the middle of that tour with Stephen Brodsky of Cave In/Mutoid Man and Jason Bartell of Emma's Sargent House labelmates Fang Island which hits NYC on July 13 at Saint Vitus. Tickets for the Vitus show are on sale now.

All dates are listed, with a full stream of Some Heavy Ocean, below...