photo: Emmy the Great @ Baby's All Right in February (more by Amanda Hatfield) 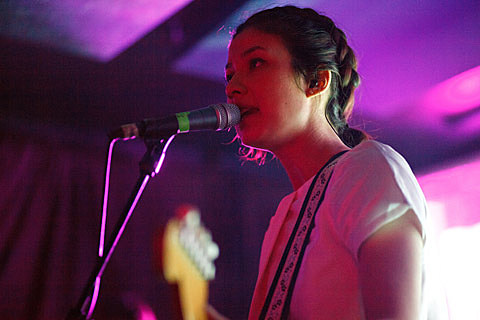 Emmy the Great has handed over her song "Swimming Pool" to Teleman (ex Pete & the Pirates) who have taken the elegiac original and turned it more into a electronic slow jam. That remix makes its premiere in this post and you can stream it below.

Having played NYC (and SXSW) not too long ago, Emmy will be on the West Coast in June. Those dates are listed below.