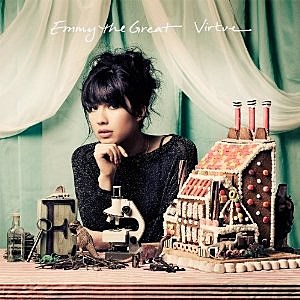 As posted in "What's Going on Wednesday?," Emmy the Great is playing Pianos in NYC TONIGHT (5/4). It's a rare, one-off appearance for the British folkie who has a new album coming out in the UK in June called "Virtue".

Emmy goes on before Anni Rossi who goes on before Ghostwise who go on before The Naked and the Famous who are opening for Foals and Freelance Whales at Terminal 5 tonight.

Maybe you remember Emmy from her opening set at the BrooklynVegan CMJ showcase at MHOW in 2008.