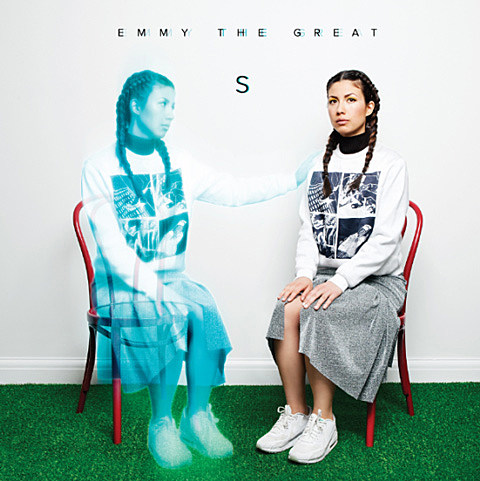 It's been a little while since hearing from UK singer-songwriter Emmy the Great. She spent some time traveling around the world and has now signed with Bella Union who will release her new EP, simply titled S. Says Emmy:

My previous recordings were a reflection of my internal world, but this is a record of me trying to engage with the outside. Over the course of travelling and touring for the last two years I inhabited many cities and landscapes. While I wrote this EP and the album that will follow, everything changed. As I wrote the songs I began to reflect more and more the world that I saw around me, incredibly bright, technologically breathtaking. I am curious about being a person in this world, and I tried to write that into the music.

The lead track on the new EP is "Swimming Pool" which features vocals from Tom Fleming of Wild Beasts. It's a little different than you may remember Emmy sounding, and you can stream and watch the video for that below.

In other news, Emmy has reviewed Iggy Azalea's Reclassified for The Talkhouse.

My relationship with Iggy Azalea begins on a freeway in 2013. Driving myself to a show in a car that has been known to smoke from the engine if put in reverse. Terrified of the consequences of a crash (car disintegrates, head falls off, etc.), I obey the law of not touching my phone while driving, and end up listening to a playlist of her music on loop for two hours.

During this period, I get to know Iggy's legend, best heard in the lyrics of the song "Work," pretty well. Every time "Work" comes around, dancefloor synths pulsing sadly as she speaks her opening lines -- "Walk a mile in these Loubotins/They don't wear these shoes where I'm from" -- I imagine the video with Iggy walking down a dusty red dirt road, alone. After a while, the first minor chord in that opening sequence is enough to make me feel teary. She did it ALL ALONE, I think, FOR A DREAM.

Read the whole thing at The Talkhouse. "Swimming Pool" video and track stream below...