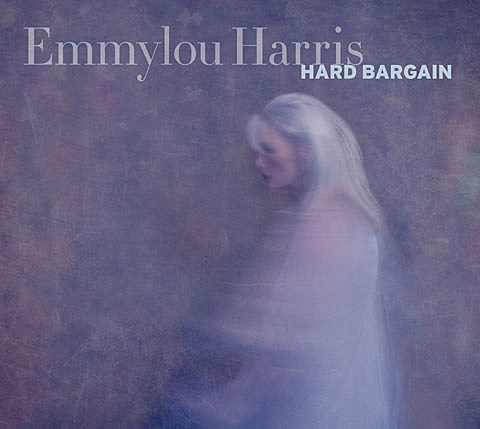 "Hard Bargain, the new album from musical icon Emmylou Harris, will be released April 26 on Nonesuch Records.... Hard Bargain, which comprises 11 new songs by Harris as well as two covers, was produced by Jay Joyce (Cage the Elephant, Patty Griffin). A deluxe edition of the album, which includes a DVD featuring six performances interspersed with interviews, will also be available. In addition, Hard Bargain is now available for pre-order at nonesuch.com with an exclusive manuscript lyric sheet of the album's opening track, "The Road," a number of which will be autographed by Harris.

In celebration of the release, Harris will embark on a series of performances including a showcase at the 2011 SXSW Music and Media Conference as well as special intimate shows in New York and Los Angeles. Additionally, on April 27, Harris will perform on the Late Show with David Letterman."

Ron Sexsmith will hit Highline Ballroom on March 28th as part of a tour that kicks off in North America at the end of March and then hops the pond at the tail end of April for dates in Europe. The shows are in celebration of his new LP Long Player Late Bloomer which is out now and with a bonus DVD via his site.

Some of Ron's tour, including the Highline show, is with Caitlin Rose who is also heading to SXSW soon, and is touring with Johnny Flynn in May. That brings her back to NYC to play Bowery Ballroom on May 28th.

All tour dates for all of them, Emmylou's LP track list, and some videos, below....