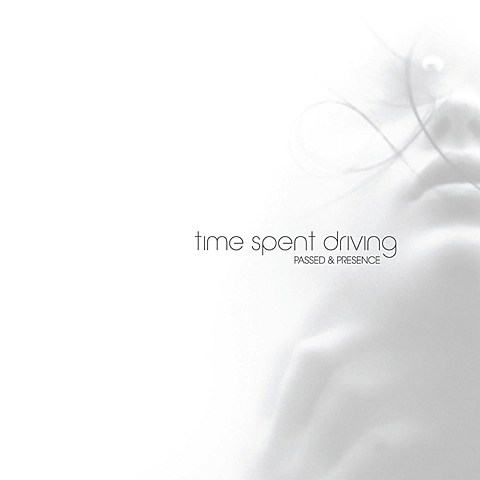 Santa Cruz emo band Time Spent Driving aren't exactly the most prolific band. Since forming, they've only released two full lengths (2002's Just Enough Bright and 2007's I'm Your Stab in the Back) and an EP (2001's Walls Between Us). They also appeared on the seventh installment of Deep Elm's Emo Diaries series, and while they were never as well known as other Emo Diaries alumni like The Appleseed Cast, Planes Mistaken for Stars, Further Seems Forever or Jimmy Eat World, they did help keep '90s-style emo alive on all of their releases.

So it's a pretty good for Time Spent Driving to finally get their third album out, now that there are more notable '90s-style emo bands going than there had been for the entirety of TSD's career. Their new album's called Passed & Presence, and will be out next week via Cardigan Records (pre-order). It continues their trend of keeping emo the way it sounded in the genre's golden era (even the artwork -- above -- looks straight out of 1999), and it sounds great. If you're not already familiar with the band, fans of anyone from Knapsack to '96-'99 era Jimmy Eat World to Into It. Over It. would probably dig this. A full stream of the album premieres below.

Vocalist Jon Cattivera had this to say about it:

Having finished recording the album just about a year ago, we're super excited to finally get it out into the wild. To us, every song on the album has a unique identity that stands on its own, and we feel like we've also breached plenty of new territory, while staying true to who we are. With our three original core members back in the fold, it was easy to pick up where we left off. The surface has really just barely been scratched--there's plenty more where that came from.