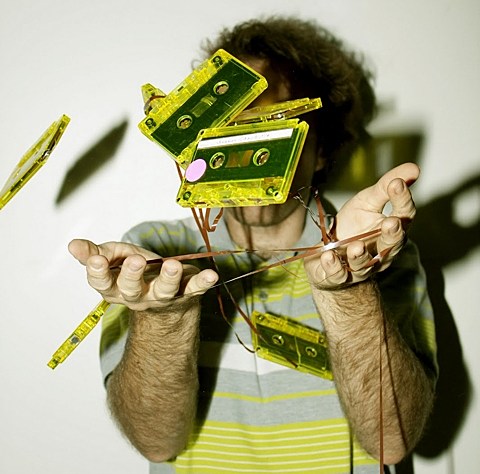 Emperor X (aka Chad R. Matheny) has been putting out albums since the late '90s of lo-fi, semi-electronic, semi-folky songwriting, his most recent being this year's The Orlando Sentinel. He's now made a video for one of the new album's songs, "At a Rave with Nicolas Sarkozy" (with Portuguese videographer Augusto Lima), which premieres in this post. The video was shot in Berlin (where the Florida-born songwriter now lives), and the unusual effects it's got are because it was "shot backwards and edited to match the song in post-production, all action was recorded to a reversed soundtrack and re-rendered false-forward." You can check it out below.

Emperor X still has more US dates TBA, but we know he'll be in NYC for the BrooklynVegan-presented 'Champagne Jam' on December 21 at Webster Hall with The Front Bottoms, Kevin Devine, Craig Finn, The So So Glos, Big Ups, Tiny Moving Parts, Prawn magician Magic Mike and more. If you didn't get tickets in the BrooklynVegan presale, you'll have another chance in the general on-sale which begins on Friday (9/26) at 10 AM.

Video and a stream of the new LP below...