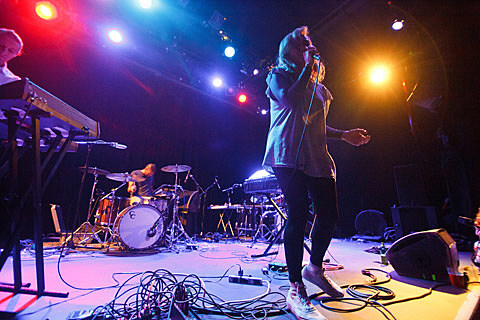 Williamsburg venue Baby's All Right is about to turn two -- you may remember their first show was the 2013 BrooklynVegan CMJ party -- and in what's becoming a tradition, they'll throw themselves a birthday party. It's just after CMJ, October 20, with Empress Of, Moses Sumney, and a special guest. Tickets go on sale Friday (10/9) at noon. Flyer below.

That's just one of three NYC dates on Empress Of's current tour. She opens the sold-out Glass Animals show at Terminal 5 on October 15 and also plays the stacked Cymbal X Terrible Records X Cameo CMJ showcase at the soon-to-close Cameo on October 16 with Le1f, Porches, Kirin J Callinan, Deradoorian and more. It's FREE with RSVP or a CMJ badge. Flyer below. Empress Of's very good debut album is out now on XL/Terrible. Video for "Standard" off that album and her list of dates, below. 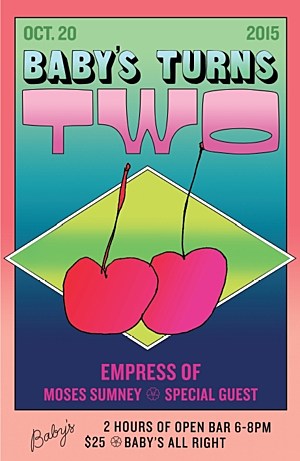 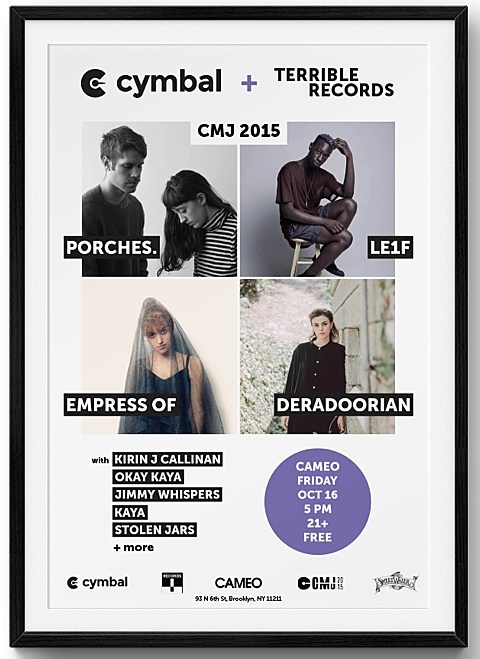