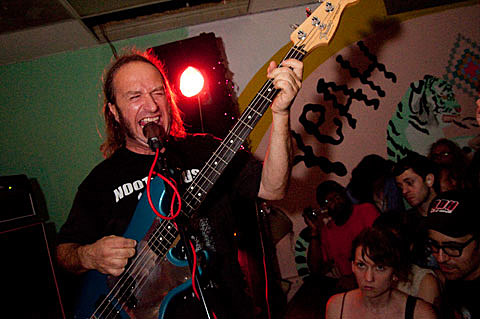 NYC's noise and experimental music festival Ende Tymes just announced the lineup for its fourth annual festival which, as in previous years, will be going down at Silent Barn and Outpost Artist Resources. Ende Tymes will run from May 8 through May 11, so prepare yourself to venture to outersound via four days of really, really loud.

To learn a bit more about the fest, check out interviews with fest organizer and musician Bob Bellerue over at Tiny Mix Tapes and the Village Voice.