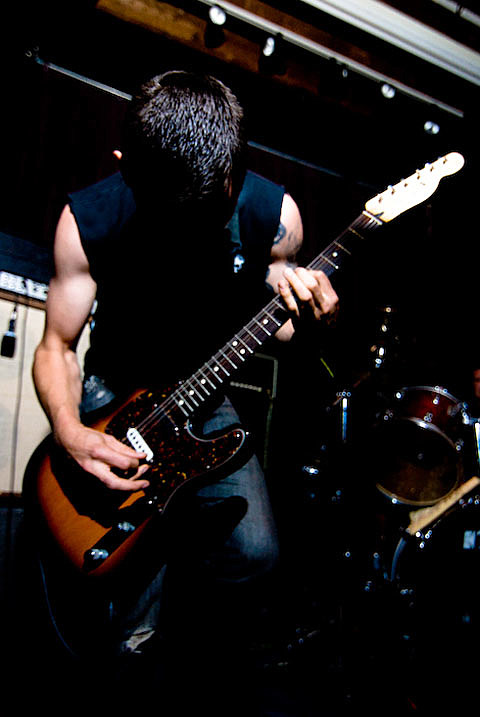 It was almost exactly a year ago that I last saw Syracuse's Engineer at Union Pool, playing a BrooklynVegan event with Rosetta (who play The Charleston soon), KEN Mode (who recently played NYC, and cancelled their return trip with Deafheaven on June 17th) and My America. Their set that night was primarily comprised of songs from their forthcoming LP, and indicated a different, but nonetheless brutal, direction for the hardcore band.

Now those songs have emerged on Crooked Voices, Engineer's latest LP for Black Market Activities. Due on June 7th, Crooked Voices mines similar territory to previous releases, stomping and angular sludgy-hardcore, with a notable exception of only clean guitars. The changes in guitar tone allows the band to expore different facets of their sound while still maintaining the bludgeon like on "Drunk on Blood' (which makes its debut here) and "The Idiot's Theme". Check out both streaming below and the former downloadable above.

So far no Engineer tour dates to speak of, but hopefully that will change soon.

The Engineer record is the first of three upcoming LPs for Black Market Activities, as the label also has upcoming releases with Ed Gein and Khann. Khann features vocalist/guitarist Andrew LaCour, whose brother (Stephen) plays in a band that will be in NYC TODAY (5/25), Trap Them. Look for Trap Them to join Converge, Burning Love, and the recently added Psychic Limb at a sold-out Santos. Psychic Limb have a new LP (available now).