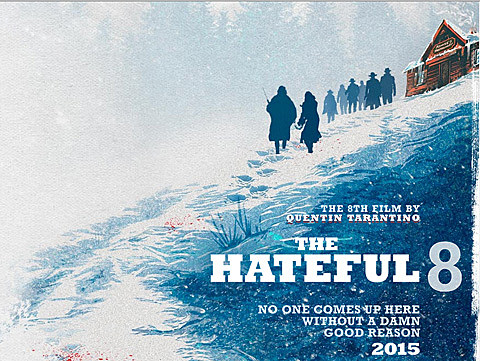 Ennio Morricone will be composing the original score for Quentin Tarantino's upcoming western, The Hateful 8. The news was revealed at the film's San Diego Comic-Con panel, and Tarantino remarked that it would be the first western scored by Morricone in 40 years. Now 86, Morricone has stayed active and prolific over the course of his nearly 60-year career. Tarantino has used Morricone's work in previous films like Kill Bill, Inglorious Basterds and Django Unchained, but this will mark the first time Morricone will be doing an original score. As for the film, The Hateful 8, here's the official synopsis:

Bounty hunter John "The Hangman" Ruth (Kurt Russell) races to the town of Red Rock in post-Civil War Wyoming with a mysterious prisoner (Jennifer Jason Leigh) in tow. But when a blizzard forces them to take shelter with a group of strangers--including another bounty hunter (Samuel L. Jackson) and a man (Walton Goggins) who claims to be a sheriff--it becomes clear that they may not make it to their final destination after all.

The film also features Tim Roth, Channing Tatum, Michael Madsen and Bruce Dern. Tarantino shot the movie in 70mm, the super wide-screen format used on Ben-Hur, How the West Was Won and It's a Mad Mad Mad Mad World. It's the first major US film to use the format since Ron Howard's 1992 film Far and Away. It premieres in 70mm theaters on Christmas Day (12/25) and then in normal theaters on January 8, 2016.

Ennio Morricone was to have conducted a 200-piece orchestra at concerts in NYC and Los Angeles in 2014 but they were subsequently canceled after he injured his back. Glad to know you're feeling better, Ennio!