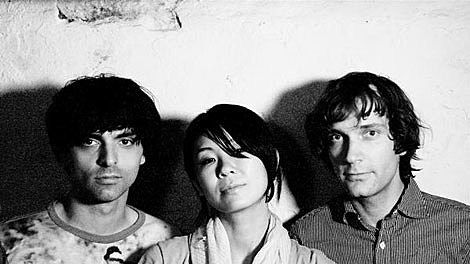 In summer 2008, drummer Matt Schulz announced that he would be leaving Enon to pursue other interests. Afterwards he joined Holy Fuck as a touring member. Enon will tour for the remainder of 2008 and into 2009 with a replacement drummer before Schulz's replacement will be announced in early 2009. [Wikipedia]

Enon currently has three scheduled dates. One is at the Bell House tonight, Thursday, April 9th, with These Are Powers and The Forms. Tickets for the show are on sale (or get them at the door). All dates below.

These Are Powers also played the Bell House on January 23rd - one of the band's many 2009 shows. Check out their new video for song "Blue Healer," below.

Holy Fuck, mentioned above, is soon to be on tour, with two May NYC dates, both with A Place To Bury Strangers.

Enon's last record was 2007's Grass Geysers...Carbon Clouds, on Touch & Go. That label, recently downsized, is home to Slint and Dead Child - two bands that feature guitarist/multi-instrumentalist David Pajo, who announced in March on his Myspace that he "just started playing with the YEAH YEAH YEAHS and will be jamming with them on their their upcoming tour." He's currently tweeting about the band's London rehearsals. YYYs perform on SNL this Saturday (4/11).

Crystal Antlers' full-length Tentacles came out on Touch & Go on April 7th, and they just released a new video for their song "Andrew." Touch & Go writes, "The video was directed by Michael Reich of Videothing.com and will tie-in to a feature film that the band will be releasing later this year." Check it out below. Crystal Antlers is currently on tour, with its own pair of NYC dates coming up in May (one of which is at the Bell House).

Enon tour dates (with Bell House flyer) and These Are Powers and Crystal Antlers videos below...

These Are Powers - Blue Healer (vid. by Yony Leyser) 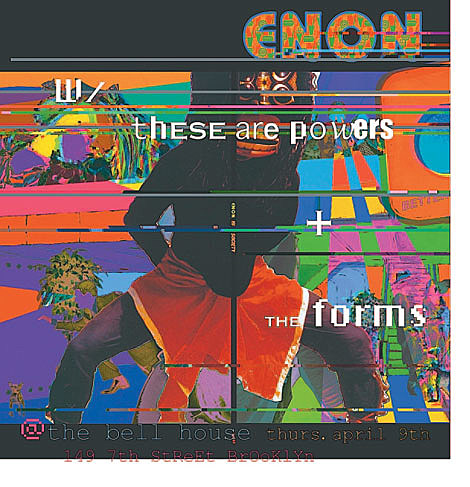