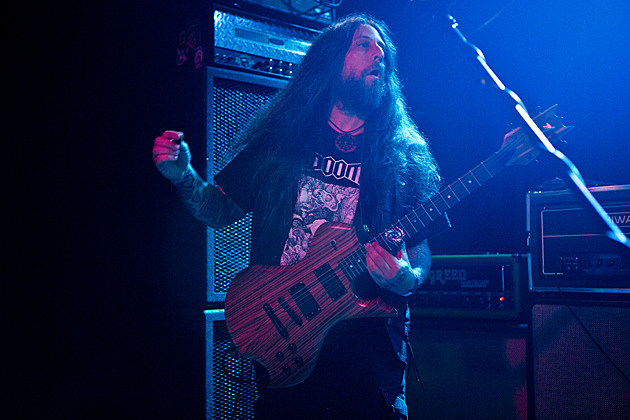 Norwegian extreme metal legends Enslaved have announced an extensive North American tour for 2015 with extremely strong support. Fresh off playing a pair of shows at Saint Vitus, Portland doom monsters Yob will be heading out on the road with Enslaved, and they'll be joined by psychedelic Philly outfit Ecstatic Vision, who opened one of Yob's Saint Vitus shows. The tour will hit NYC for a show at Gramercy Theater on March 21. Tickets for that show will go on sale at 10 AM on Friday (12/19).

Enslaved are currently working on their 13th studio album, which will be released on March 10, right in the middle of that tour. Its called In Times, and its being released via Nuclear Blast.

All dates listed, along with video of Yob's full Saint Vitus set from 12/13, Ecstatic Vision at Vitus in October (both via Pit Full of Shit), and a festival set from Enslaved in 2006, below...